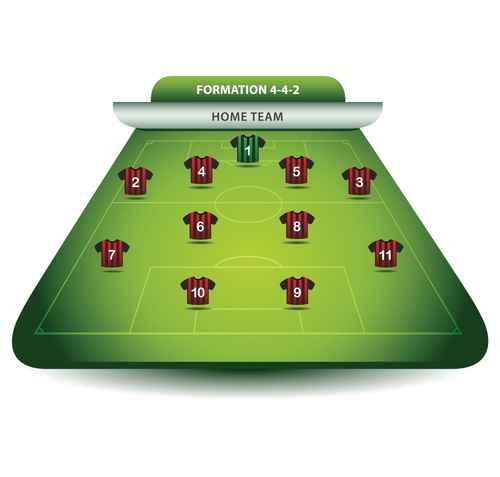 As the transfer window gently shuts on what was a very quiet January, its time to reflect on the various comings and goings and also to wonder why Aaron Lennon looked so sad to be signing for Everton. As with any and all transfer windows, theres an impressive degree of intelligence gathering, stealth and secret recruiting going on behind the scenes, suggesting there's a thing or two aspiring spies could learn from the beautiful game.

Lesson 1: Louis Van Gaal and the element of (massive) surprise

Theres always a surprise transfer or two in any window - Craig Davies signing for Verona or Craig Bellamy signing for Cardiff for example - but its a rare thing when it's the player himself that ends up surprised, especially when the club that comes calling is none other than Manchester United. But thats what happened to 21-year-old Bolton Wanderers fullback Andy Kellett this window, who was so taken aback by Louis Van Gaals approach that he suspected he was being wound up by his own boss Dougie Freedman. Kellett, a fringe player who had made just four senior appearances for Bolton, had been expecting to be loaned out to League Two Plymouth Argyle, a team where hed already had a loan spell to gain experience. But on the final day of the January 2015 transfer window, United made their approach. Sadly (or not, depending on how it works out for him), United only wanted Andy for their under-21s team, but since hes already a full professional with Bolton, they had to treat it like a normal transfer. No wonder the poor lad thought he was being taken for a ride.

Lesson 2: Mark Hughes and the value of covert intelligence gathering

Much in the same way Kings College academics have been tracking IS militants using nothing but social media, it was Twitter that tipped off Fulham manager Mark Hughes to the movements of Steve Sidwell, who was at the time contracted to Aston Villa and was generally unknown to be seeking a transfer. It was a complex scenario that began with Sidwell on the verge of signing for Villas local rivals Wolverhampton Wanderers in 2011. He had travelled the short distance to see his theoretical new team mates secure an impressive and unexpected victory over Chelsea.  In the stands next to Sidwell was his former Reading team mate and Wolves player Greg Halford, who tweeted With Steve Sidwell in the stands, read into that what you will. The next day, apparently with Sidwell on the treadmill in the middle of his Wolves medical, Mark Hughes puts in a call to the players agent, scuppering the Wolves deal and securing the combative midfielder for his own team. Wolves boss Mick McCarthy was furious, Halford never played for the team again and the club brought in a squad of media lawyers to train the players on social media best practice.

Lesson 3: West Ham and the dangers of double dealing

When Carlos Tevez and Javier Mascherano signed for West Ham United in 2006 it was seen as a massive coup. The impressive and highly regarded Argentine internationals arrived in East London amid much fanfare. While Mascheranos influence on the Irons was relatively modest, Tevez effectively saved them from relegation all by himself. However, there was a twist. The two players were not legitimate signings. In an unusual (for the UK anyway) arrangement, the players rights were partly owned by a third party company, effectively rendering each as an asset belonging to two entities, West Ham United and MSI, the sports management firm that had first signed them up. This arrangement is illegal in the UK as a players contract must be wholly held by one football club. So what? That's just a bit of paperwork, surely? Well, no. Enter Sheffield United, the team at whose expense West Ham avoided relegation. The Yorkshire club claimed that had West Ham not had Tevez at their illegitimate disposal, they would have lost their final game of the season to Manchester United (a game in which Tevez was highly influential) and it would have been they who were relegated, meaning Sheffield United would have remained in the Premier League. It wasnt until 2008 that West Ham and Sheffield United reached an out-of-court settlement to cover Sheffields financial losses from their undeserved relegation.

Espionage and fakery go hand in hand. From the fake rocks with listening devices installed in Moscow by the British, to the fake invasion plans of World War II's disinformation campaigns, things aren't always as they seem. As was the case with professional 'footballer' Ali Dia. Ali was not a very good footballer. But that didnt stop Southampton boss Graeme Souness from signing him, essentially on the basis of a prank phone call from someone purporting to be one time FIFA World Player of the Year, George Weah enthusiastically recommending the player. With no due diligence, Souness signed Dia, who up until that point had knocked around the obscure lower reaches of Europe without really threatening the scoresheet. He made his debut without playing any reserve games (his supposed reserve debut was cancelled) and came on as a 32nd minute sub against Leeds. He was substituted later on the game, once Souness realised hed been had and that the player was utterly useless.

Footballs loan system - where a player is lent to another club for a limited period - creates double agents. It used to be that a player could be loaned between two teams in the same division, provided the player didnt compete against his parent club (the one to whom he is signed and who pay his wages), where an obvious conflict of interests would come into play. But just because a player isnt scoring for your team, it doesnt mean he cant score against your opponents, damaging their chances of success in the process. Football fans had always wondered whether certain players had been loaned out by teams looking to strengthen the teams that were due to play against their rivals and when Chelsea Boss Jose Mourinho blabbed about the open secret, saying about Romelu Lukaku: From my angle, Im happy that hes scoring goals against our direct rivals, and he doesnt score against us because he cant, Its phenomenal you have a player that, even when he is not playing for you, is scoring against your opponents the game was up. The media started calling for more regulations. to either force players to face their parent clubs or to restrict teams from loaning their better players to compete against their rivals.

West Ham again. In recent years, the Irons have been considered to be, at best, a mid-table Premier League club and ergo, not much of a threat to the teams challenging for the European competitions. However, this season the East London side have somewhat exceeded expectations and are (as of February 2015) enjoying a cracking season. So, when they attempted to sign Tottenham Hotspur's Togolese international Emmanuel Adebayor, it wasn't something Tottenham chairman Daniel Levy was prepared to entertain. Seeing West Ham as a legitimate threat and not wanting to bolster their chances of finishing above Tottenham, he personally intervened to prevent the transfer from going ahead. But he didn't do so until the last minute, letting West Ham think they were signing the player until about an hour before the deadline. West Ham chairman David Sullivan said he took it as a "back-handed compliment" that Levy didn't want to do business with him.