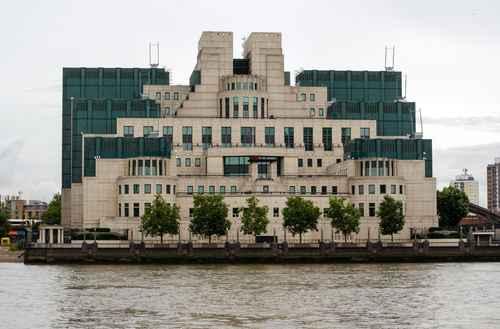 Recruitment for our intelligences services is famously selective, but a recently revealed - and some might say arbitrary - exclusion could rule out up to 1 in 5 UK adults from fulfilling the role of spy, before theyve even hit submit on their application. Tattoos (something 1 in 5 adults have), or at least tattoos visible in normal clothing (so those on the hands, face and neck) are an immediate bar for the role of mobile surveillance officer, according to a new job specification released by MI5 earlier this year (2015). In fact, the top skill listed in the advert was the ability to blend in, positioned above observation, driving, map reading and a number of other disappointingly mundane specifications, suggesting the spy department really are keen on their officers keeping a low profile. The reason for the restriction on tattoos, the specification states, is that they would make a mobile surveillance officer easy to identify. For the same reason, men over 6 foot 1 and women over 5 foot 8 are also counted as ineligible for the role. This isnt the first time an MI5 job application has garnered a little more press than intended. In 2009 the department ruffled a few feathers when it placed an advert in the Times Educational Supplement in order to lure teachers away from their noble profession. The advert read;

"You may not realise it," the advert counsels, "but life has given you the skills you need to be an MI5 operational intelligence officer. "Your experience of dealing with people means you can build trust and relationships with all sorts of individuals, which makes you the ideal candidate for developing a career securing the information we need to protect national security."

Over the pond, our friends in the CIA also take a rather open approach to their recruitment process. Since the dawn of social media, the Central Intelligence Agency has found it impossible to prevent failed applicants from revealing details from the recruitment process online, so theyve elected to make the process as public as safety permits. One surprising revelation to come out of this is the way they handle suspicions of counter-espionage in applicants. The CIAs head of recruitment, Ron Partick, told Forbes Magazine;

So there you have it, no tattoos in the UK and if you want to spy on America for another country, dont answer yes when the CIA asks you about it. 5 weird facts about our intelligence agencies: