Meet The Man Who Blew The Lid Off FIFA's Dirty Secrets 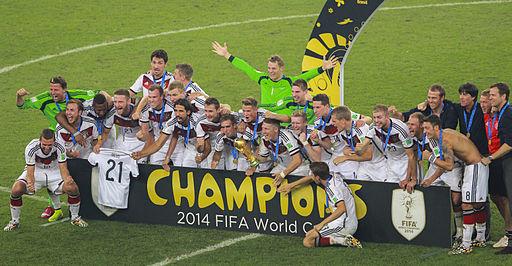 Tucked away on a hilly farm in the north of England is Andrew Jennings. An old-school investigative journalist, football lover and Scotsman. To pass him in the street, you wouldnt in a million years assume he was the reason behind the recent FIFA scandal that has rocked the world of football, but for almost 15 years, hes been quietly, conscientiously beavering away on his investigation into corruption at footballs world governing body. It all started at the turn of the century, when a journalist friend tipped off Jennings, whod already made a name for himself blowing the whistle on the International Olympic Committee, into corruption at FIFA. He was immediately interested. He began poking around, attending press conferences, asking people in the know what they knew and then in an act of brazen bullishness he straight out asked FIFA president Sepp Blatter if hed ever taken a bribe. This got him in trouble but it also proved to be a turning point. Shortly after, he was contacted by a mysterious stranger and asked to meet by the river in Zurich for a chat. It couldnt have been a set up but he went along and was confronted by an unlikely ally. Someone inside FIFA was ready to dish the dirt - Jennings will never say who - and they wanted it to go via Jennings. Over the next few years, Jennings collected reams and reams of documentation. He was spying in the old fashioned way, taking copies, smuggling files and generally getting as much as he could together to prove that FIFA was rotten to the core. Millions was being syphoned off, executives were taking back-handers left, right and centre, workers were dying in their droves to put on a World Cup in Qatar the nobody but Qatar wanted. But as he was carrying on his work, he began to suspect he was becoming a target himself. He was convinced that his phone had been tapped and his computer was being accessed remotely, but he ploughed on. In 2006 he published the book

It didnt topple the regime, but it did have an impact. He contributed to a Panorama episode about FIFA, but it didnt cut deep enough. However, what he didnt know at the time of writing his book was that the FBI were monitoring him. They wanted to help him. He was taken to America and introduced to a team of investigators who were set on securing copper-bottomed convictions for crimes including fraud, money laundering, racketeering and bribery. Jennings started going back to FIFA press conferences. He told the Washington Post that his attitude this time around was a touch more direct. Right, theyre the ones I want. Ive got to get the message to them that Im here. Ill cross the road for a fight. I want it. Im looking for it.' He knew he was on to something big and was keen to see his FIFA targets, president Sepp Blatter, plus 14 other executive committee members, squirm. Jack Warner, former vice president spat at him as they crossed paths in a car park. But Warner didnt know that the clock was ticking on his arrest, for American executive committee member Chuck Blazer - a man whod rented out an apartment in Trump Tower for his cats using FIFA money - had been flipped by the FBI. He was singing like a canary. The FBI had their case and Jennings was delighted. Fast forward a few months to May 27th 2015 and the FBI, with assistance from local police, conduct dawn raids on the luxury 5-star Bar au Lac hotel in Zurich where members of the FIFA executive committee are attending a conference. Seven arrests are made here and a further seven men are indicted by an American court. Three days later, Sepp Blatter stands down as president. It took 15 years of hardcore surveillance, but Jennings got the job done. What a legend.