Spying, Game Theory & The Nation Nobody Expected America To Be Monitoring 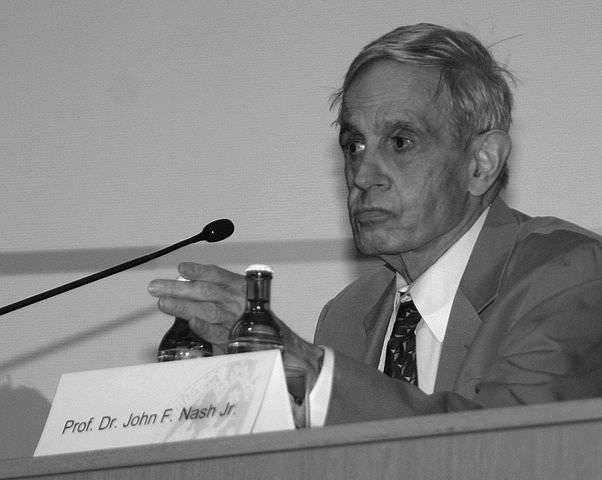 Earlier this week (May 23rd 2015), American mathematician and the person upon whom the film A Beautiful Mind is based, John Nash, died in a car crash. Nash innovated the concept of game theory, a now accepted and widely used strategic basis for business, religion and even spying. His risk model underpins everything from the Mexican standoff to the prisoners dilemma and his theory of mutually assured destruction comes closer than anything in explaining why America and Russia never actually went to war.

Surveillance, as long as both countries knew the other was doing the same thing, was enough to keep real hostilities at bay. Fast forward to 2014 and the Snowden leaks, revelations surrounding international surveillance and counter surveillance came thick and fast, once again calling to mind Nashs theories. Who had America been spying on? Whod been returning the favour? Where was Snowden in all of this? It was almost too much to take in. But one of the most interesting things to come out of the flurry of leaks was that America was actually spying on some rather unexpected countries.

America has a long history of surveillance and counter surveillance practices involving Russia, while more recently it has turned its attention to perceived threats in the Middle East, which is why many - not least the concerned nation themselves - were amazed to discover that one of its top targets was indeed Germany. Those who grew up in the communist East Germany, people like current Chancellor Angela Merkel, are of course no strangers to finding spy equipment hidden in their home or having their phone calls monitored, but in modern times, Germany has been a close ally of America - so why spy? Germany is Europes economic capital, but surely thats not enough justification for American intelligence agencies to listen in on phone calls, bug rooms and listen through walls to what the Germans were up to? According to a poll by the Washington Post, 56% of Americans think spying on European nations is acceptable if its in the interest of counter terrorism and, along with a selection of obvious and not-so-obvious states, Germany found its way into Americas most watched list. The below is a list of America's top surveillance targets. The reasoning added to each one is based on a combination of media reports, allegations from the nations involved and political reporting.

Jordan - Proximity to Israel, lots of oil, although main ally in Middle East.

Iran - One of Americas main concerns in recent years. Have they got nuclear weapons?

Kenya - Growing influence of China in the nation, proximity to war-ravaged Somalia, home to a number of Al Shabaab cells.

Egypt - Political and social unrest. Sidenote: Espionage is believed to have started in Egypt, with powerful pharaohs employing the services of spies to root out disloyal subjects and to locate weakened tribes for conquer.

Germany - Economic centre of Europe, proximity to Russia and America also cites the fact that some of the 9/11 hijackers had lived in Hamburg. China - Biggest threat to American world dominance and to be fair to America, Chinese spies have been repeatedly caught monitoring American interests, both at home and overseas. If theres anyone youd expect America to be spying, it would be China.

Turkey - Strategic outpost and shares border with Iran and Iraq.