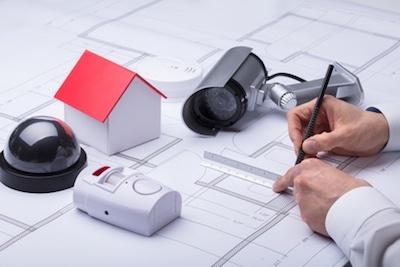 Fly-tipping is a blight on neighbourhoods, spoiling green spaces and potentially leading to further acts of anti-social behaviour. Residents in areas where it happens often can find it extremely frustrating, especially if the local authority seems ill-equipped or unwilling to help.

What can make fly-tipping even harder to stomach is that it can seem as if the perpetrators never get caught. They turn up in the night, leave a huge pile of rubbish and disappear without anyone catching any details that could be used to identify them. They seem to be getting away with it time and time again.

But what is the solution? If you’re reaching the end of your patience with fly-tippers, you may be considering installing a surveillance camera.

The following is a useful guide for anyone considering installing surveillance cameras to deter fly-tippers, or to gather evidence to prosecute them. Key points to remember include:

What is your objective – prosecution or deterrent?

It’s important to identify a goal from the start, as this can determine what equipment you buy and how you use it. It also links to the legal aspects of using surveillance cameras to stop fly-tipping, as UK surveillance laws state that you must only use cameras and camera footage for the specific purpose you bought the equipment for. Some people of course aim to do both, with deterring further instances of fly-tipping their main objective and capturing usable evidence an extra bonus.

Good quality surveillance equipment isn’t cheap, but how much you spend all depends upon your main goal. If you want to capture the best quality footage, which can capture identifying details of the perpetrators and the number plate and model of their vehicle, then you’ll need to spend more on top-quality equipment. If you mainly want to deter perpetrators, a standard surveillance camera will do the trick. It may even provide good evidence depending on the light and distance from the fly-tipping spot.

Night filming – is your camera up to the job?

Most fly-tipping incidents happen at night, with perpetrators relying on the cover of darkness and the fact that most people will be in bed to get away with it. To capture these crimes happening at night, you’ll need a camera with good quality night vision filming.

Are you near a fly tipping hotspot?

If fly-tipping has only happened once or twice near you in a year or so, it probably isn’t worth the cost of buying and installing a surveillance camera. This is because unless you live near a fly-tipping hotspot, where it happens at least once or month or more, your chances of catching it on camera can be slim. However, if your property is positioned conveniently close to the hotspot and it happens a lot, you’re in an ideal position to catch or at least deter the fly-tippers.

Surveillance camera footage as evidence in a prosecution

It can sometimes be difficult to successfully prosecute fly-tippers, even with video evidence. It costs UK councils around £17 million to enforce fly-tipping laws, according to BBC News. Unless local authorities have great quality, convincing evidence, they may not be able to secure a successful prosecution or even attempt to do so. This isn’t to say that fly-tippers aren’t successfully prosecuted, however, or that residents’ video evidence isn’t regularly used. It’s just important to be realistic in your expectations, so you’re not disappointed if this is the sole reason you bought your camera.

Spy cameras as a deterrent to fly tipping

While some professional fly-tippers won’t be put off by the obvious presence of a CCTV camera, many will run scared if they know they’re being filmed. This is one of the most powerful benefits a surveillance camera of any kind can offer. If using cameras as a deterrent is your main objective, consider carefully how you place them. Up high but visible is a good position to go for, and signage informing people that recording is taking place can be helpful. However, there can be risks. For example, a fly-tipper could damage your camera in the hope of destroying the footage (which is why placing it out of reach is such a smart move). You may also want to think about whether a dummy camera could do the same job.

When positioning your camera, be very careful that it doesn’t point at any of your neighbour’s properties. They will understandably be upset if they feel you are spying on them, even unintentionally. Just as importantly, it’s against the law to use surveillance cameras in a way that breaches someone else’s privacy.

Surveillance equipment can be quite resource-intensive

It takes time to monitor the footage, manage its storage and also maintain your equipment in all weathers. You need to make sure you have enough time to commit to this before installing a camera. 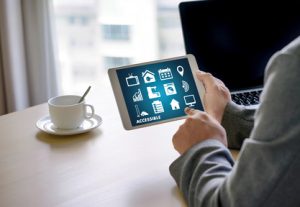 Battery life and the storage of footage

If you aim to film all the time so that if fly-tipping happens you’ll have captured it, think carefully about the equipment you choose. You need to look at storage space and battery life if the camera is not connected to mains electricity. For example, motion activated cameras offer a great way to preserve battery life.

Looking after the footage is your responsibility

Last but by no means least, it’s important to think about how you’ll abide by UK data protection laws. You need to make sure that your system is secure and take all reasonable measures against hacking. For filming anywhere outside of the boundaries of your property, you also need to look after the footage – ensuring it is not sold, shared, lost or misused. It should only be used for a specific purpose (i.e. providing evidence to the police to prosecute fly-tipping offences) and deleted once it has been used for that purpose.