Is it ever OK to use anti-child alarms? 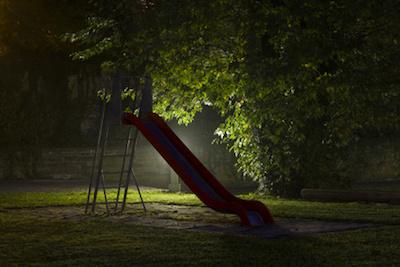 Anti-child alarms have been in the press a lot recently, after the story of feuding neighbours received national media coverage.

Former magistrate Lesley Cooper fitted an anti-child alarm to her home in order to deter the “persistent nuisance” she claims was caused by the children of neighbour Thomas Weldon.

Mr. Weldon claims that the device, which emits a high-pitched sound audible only to children and teenagers, has left his children “prisoners” in their own home.

The devices, which are ostensibly legal are marketed as a ‘safety’ or ‘security’ product cost around £130. Users can switch them on and off remotely. The literature promoting the devices claims that the high-pitched sound is so unpleasant to those who can hear it that they’ll be deterred from remaining within earshot.

But is it ever OK to use a device for security purposes which is designed to cause harm or distress?

In our opinion, it’s not.

The use of security equipment, whether we’re talking about discreet cameras, listening devices, spotlights or outdoor security cameras, comes with a set of responsibilities and in some cases, is subject to strict laws regarding safety and privacy.

Marketing these devices as ‘security’ products sends out the message that taking measures to protect property can include causing indiscriminate harm to anyone who may be passing. The fact that these devices are designed specifically to be heard by children and only children adds further complications.

Steve Roberts, owner of Online Spy Shop, who manufacture and sell a range of legitmiate and legal security and surveillance devices, believes marketing anti-child alarms as security equipment is misleading.

"To me this not a legitimate security measure and appears to be based on the use of operant conditioning, using the sound as an aversive stimulus. It might be OK to take this approach when training dogs, but not with children.

"Security and safety devices should never be designed to cause indiscriminate distress or alarm to members of the public, especially when they are targeted specifically at children. Children are just as entitled to be protected from this kind of harm as adults, in this case unpleasant sounds.

"Marketing these products under the guise of security and safety devices is misleading and tarnishes the name of the industry.

"People looking to deal with anti-social behaviour around their homes would be better served by taking a surveillance-driven approach. A well-positioned camera can be enough to deter children and young people from indulging in anti-social behaviour. If a camera isn't a sufficient deterrent, then it's still there to capture the anti-social behaviour if it happens so the problem can then be escalated to police if necessary."