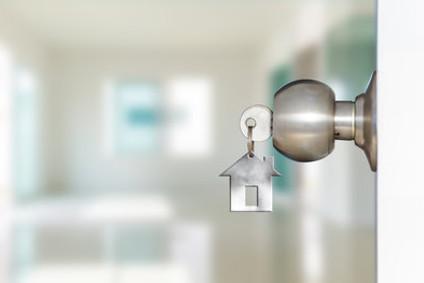 Surveillance cameras can be a good way to boost security at home, or at least provide you with enough peace of mind that you can actually get to sleep at night. If this is something you're looking into, there are three vital things you'll need to do:

Here, we're looking at Step 2 choosing the most effective places to install your cameras. Where you position your cameras is crucial. If you install them in the wrong places, your home may not be as protected as you think. You could end up creating blind spots that burglars and intruders exploit, filming hours and hours of useless footage or ending up with no evidence to hand over to the police if a crime does take place. You could even miss the chance to stop a crime in action  an option available for those who choose motion-activated cameras equipped with real-time alerting facilities.

The best places to install your cameras

Choosing the right spot for your cameras can help your security at home and protect the family in two main ways. Firstly, they act as a strong deterrent to anyone who is thinking of breaking in. Secondly, if the worst happens and a burglar does attempt to enter your property, the right camera position could give you a much better chance of catching their face on film. This can be vital evidence for the police. Heres a closer look at 4 of the most effective places to install your spy cameras, starting with the recommended location for those who only plan to fit one camera.

Depending on which statistics you read, a large percentage of burglars will enter a property through the front door. The International Association of Certified Home Inspectors (InterNACHI) found in a 2005 survey that 34% of burglars enter homes through the front door. This makes it an obvious choice for your camera, with the added bonus that you can use the live feed to check whos at the door before answering. One of the best places to install a camera here is directly above on the first floor or a high-tech camera installed in the peephole of the door itself.

A close second in the InterNACHI survey was the ground floor window, through which 24% of burglars entered a property. If front doors are well lit and rather conspicuous to gain access to, the natural second choice is a window on the ground floor. These are also more likely to be left open and unlocked compared to front doors. A camera above each vulnerable window is a good idea, or you can use a camera (i.e. a portable or web cam style device) pointing directly out of the window. Its little red light should deter any breaking and entering. 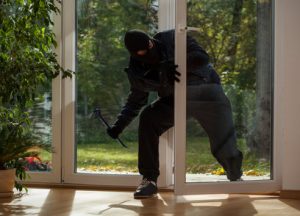 Surprisingly, back door burglaries came in third in the InterNACHI survey of the most likely places for a burglar to enter a building. Back doors are generally less well-lit and less publicly conspicuous, and some are easier to break in or access than front doors. Homeowners also tend to do silly things like leave their keys in the door or leave back doors unlocked. This is why youd imagine them to be at the top of the list, but it isn'tt the case. Nonetheless, installing a weatherproof spy camera above the back door, away from anyone who may attempt to disable it, is a good way to protect this often forgotten-about access point for additional security at home.

Fitting an external, weatherproof camera to cover your backyard or garden is always a good idea, as this is where burglars will try to sneak up to your property away from the glare of streetlights. A camera placed high on your property, with a wide view of the whole exterior space, should do the trick. You may also want to consider security or another lighting. Using surveillance cameras as a deterrent When thinking about where to place your cameras, the temptation is to hide them.

This isn't always the best idea, as a visible security camera will often put burglars off. They'll simply try another house, one where there isn't the chance of being caught, filmed and identified. Some may plough on regardless and try to disable your camera, but most will run a mile. This is why it's good to keep your cameras highly visible, but always out of reach. Aim for at least 9 feet off the ground, as this is a good height to stop someone jumping up and disabling it. 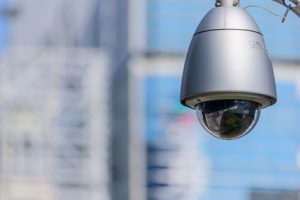 In addition to these hotspots, there is another place you may want to consider fitting a surveillance camera. Many people now use domestic security cameras as nanny cams, to keep an eye on their children and carer when they themselves aren't at home. It can provide great peace of mind to know that theres a camera keeping an eye on your kids when you're entrusting them to the care of a stranger, and it's good to know that you can check in if you need to. The use of nanny cams is becoming widespread, so many babysitters and childcare professionals are used to them.

However, you may want to be upfront with your nanny about why you're using cameras and make sure you never film anywhere there is an expectation of privacy (i.e. the bathroom). As for where to place these cameras, childrens bedrooms and playrooms are the obvious choices. Think about where your children spend the most time when being looked after by a babysitter, whether its the lounge in the daytime or asleep in their bedrooms in the evening.