SKU
1209
Be the first to review this product

Possibly one the best RF bug sweep units you will invest in, this highly sensitive and professional handheld bug detector with 4G identification, is a future proof choice for business and corporate clients wishing to locate and identify transmitting signals from within the home and office environment.  With accurate detection of GSM, GPS, UHF, VHF, FM plus wired and wireless rogue signals between 0 - 10.0 GHz, this robust bug finder unit will not disappoint. 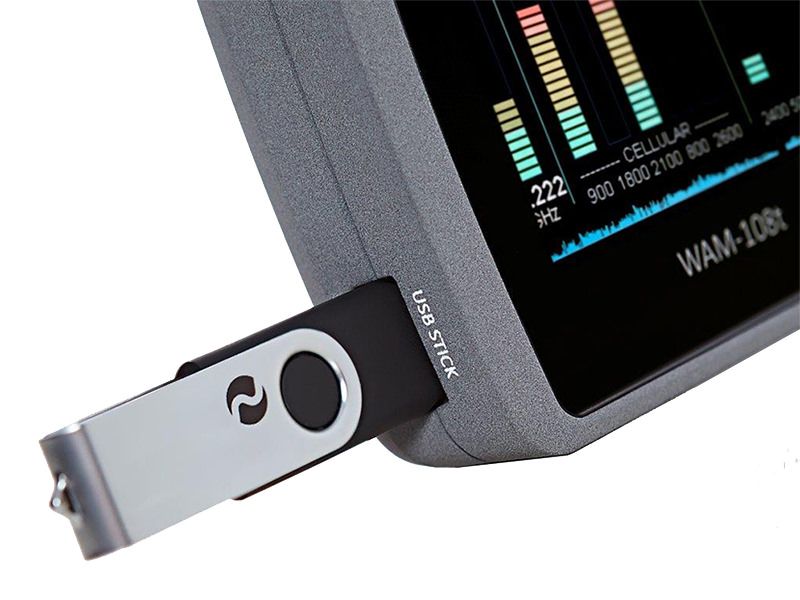 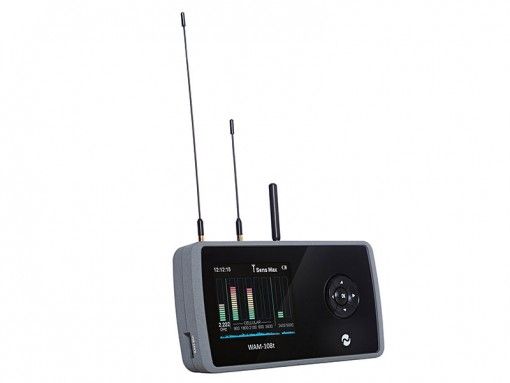 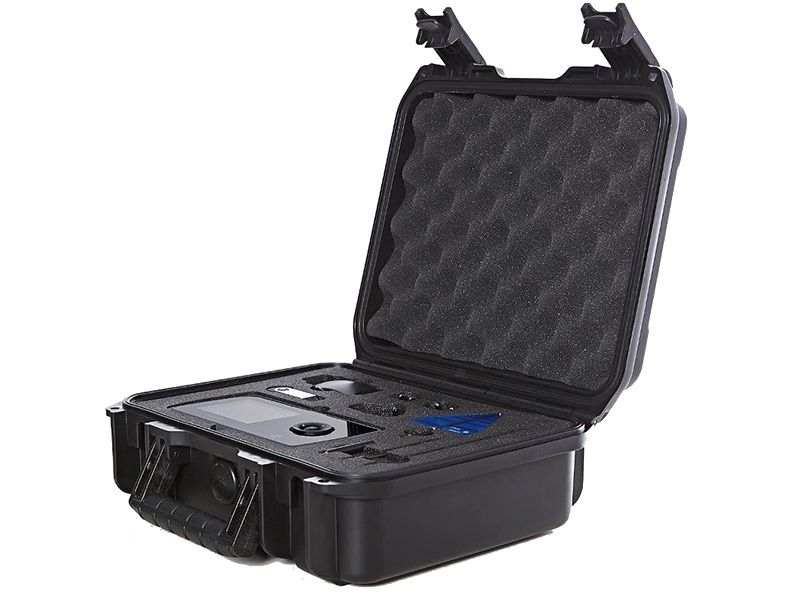 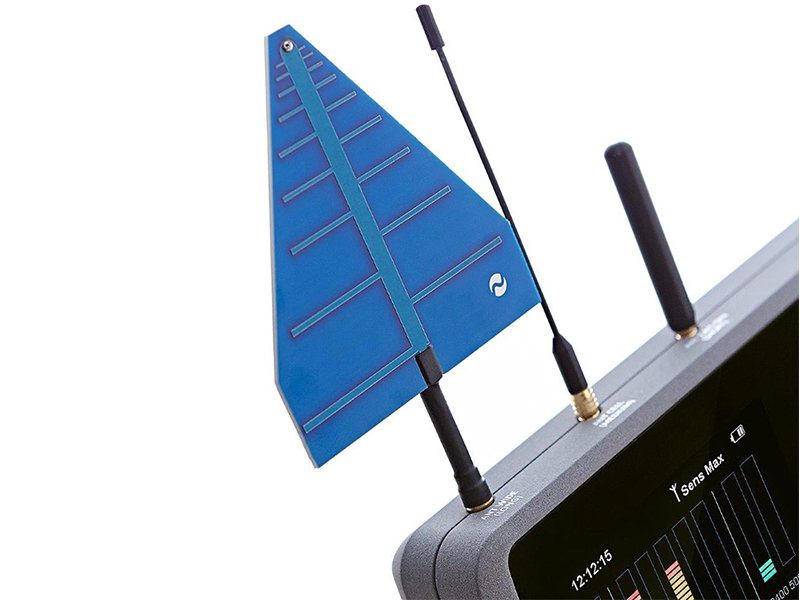 A firm favourite of ours and used by professional TSCM teams, the WAM-108t is a professional bug sweeping device with wireless multi band RF modes which can effectively detect and log (for later analysis) all types of hidden transmitting devices on the 2G, 3G, 4G, WiFi, Bluetooth and 2.4 GHz and 5.0 GHz frequency bands.

The WAM-108t offers unrivalled detection capabilities with the highest range of coverage in the target area, but also event logs activity, and with a super sensitive detection range up to 50 meters so you can be sure of interrogating any covert transmitters including:

The frequency of the detected signal (up to 6.0 GHz) can be seen simultaneously, and the new ‘Livescan’ software shows the detected live signal pattern graphically to help identify the signal type.  This can be particularly useful when searching for 'pulse or burst' devices used in GPS trackers for example.

The WAM-108t uses a separate 2.4 GHz and a new 5.0 GHz band to help identify the growing threat from the latest generation devices.  Such devices can for example, record audio over long periods and then transmit that audio over the air in short regular bursts.  The WAM-108t will also detect other bugs that use covert means for wireless video transmissions.

Complex algorithms of the WAM-108t analyse the detected signal/s to help identify the actual signal type and can be used in any environment where radio frequency detection is required such as in sensitive meeting rooms or offices to check for remote listening devices, covert pinhole cameras, and unauthorised mobile phone usage in prisons, exam halls, hospitals, and in vehicles to locate magnetic GPS tracking devices.

An intuitive colour display screen allows the user to perform real time detection or to view events that have previously occurred.  Each of the eight detected bands has an individual 20 element signal strength meter enabling the precise source of a detected signal to be located with ease.

In addition, you can select the frequency bands that you wish to detect, and ignore the bands you are not interested in.  For example: it may not be necessary to look for WiFi devices on the 2.4 GHz band, so you can switch that frequency OFF.

An audible ‘beep mode' also allows the user to monitor without looking at the display and a silent 'vibrate mode' can be used for sensitive areas.  Detected signals can also be listened to via the in-built speaker or supplied earphones using the audio demodulation feature - useful when detecting conventional analogue bugging devices that contain microphones.

Up to 4000 events can be stored within the WAM- 108t for viewing as a list or graphically.  For each detected signal, the WAM-108t will record the time & date, duration, frequency band, and signal strength.  A string of regular but short bursts given from one (1) particular transmitting band may represent a GSM or GPS tracking device being used.  These could be clearly viewed in the graph mode as lines of regular spacing representing the pulsing nature of the transmission.

Also by looking at cellular activity at certain times of the day may help identify unauthorised phone use in sensitive areas.  The entire event log can also be downloaded to a portable USB memory stick for storage / transfer to a computer.

The new digital viewer software for Windows operating systems allows the memory log from the WAM-108t to be downloaded to a portable USB flash stick and then viewed on a computer in an easy-to-read graphical or list format.  Events can be scrolled though manually or specific times & dates can be checked in any required period.

The WAM-108t is supplied with four (4) antennae: three (3) conventional omni-directional whip antennas for general use, and a new high gain directional antenna for pin pointing high frequency signals from a greater distance.

This highest quality RF bug detector is designed for the professional user and enclosed in customised machined aircraft grade aluminium enclosure.  The WAM-108t uses an integral lithium polymer battery pack and is supplied with an international charger for worldwide use, and supplied in a heavy duty military standard carry case for superior protection.