Worried About What's Going On Next Door? A Listening Device Could Stop Domestic Violence In Its Tracks 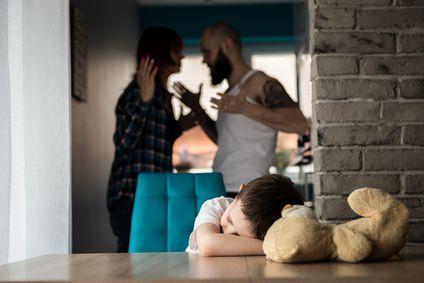 Worried about what's going on next door? A listening device could stop domestic violence in its tracks

If you live in a terraced house, flat or anywhere else with thin walls and adjoining neighbours, hearing noises through the wall is a common occurrence. In most cases, crying babies and the scraping of chairs is little more than a slight inconvenience. But what do you do if you start hearing more worrying sounds? If you've heard shouting, screaming, loud thuds and bangs, it could very well be a sign of domestic violence taking place next door.

When you hear such sounds, it puts you in a very difficult position. If someone is being hurt or in danger of being hurt, the responsible thing to do as a concerned citizen and neighbour is to call the police right away. 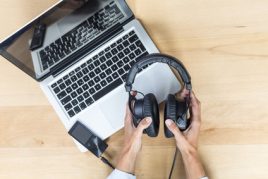 But what if you're wrong?

Many people would say that if you hear any sounds that suggest domestic violence, it's better to have the police come out for no reason than do nothing and risk the awful consequences. This is definitely good advice if the sounds are causing you serious alarm and theres no doubt that the police are required. However, it is easily possible that you've dramatically misinterpreted a sound you've heard, particularly if it only happens once.

A shout followed by a thud could be domestic abuse, or it could be someone injuring themselves by standing on an upturned plug and kicking it against the wall in anger. Calling the police following such a noise could potentially exacerbate a difficult situation and cause problems between you and your neighbour.

Many people simply freeze when they hear worrying sounds that could suggest domestic violence. They simply dont know what to do for the best, so they end up delaying action or doing nothing,  and many may regret it later on. This reaction isn't usually due to a lack of compassion or concern. Instead, many people are shocked by what they hear and have had no previous experience they can draw on that would help them decide what course of action to take.

They may doubt their own judgement as to the cause of the noises they're hearing, or worry about their own safety if they do report the matter to the police. If the police arrive after a report, it'll be pretty obvious that a close neighbour reported it, and it's only natural to worry that there will be repercussions from the people or persons making the noises  whether or not it does turn out to be domestic violence. On top of all of these reasons, theres also a very British sense of minding your own and not butting into someone elses business to contend with in these situations.

Why a listening device could be a good idea

If you've heard a couple of sounds that could be related to domestic violence and you want to play your part as a concerned citizen, possibly preventing further abuse, or you simply want to ease your mind that the sounds are harmless  a listening device could be very useful. These devices are essentially a high-tech version of the glass held against the wall, but with far more detail, sensitivity and sound quality of course. They detect vibrations in even very thick solid walls and convert these vibrations into sound, which you can listen to and record as evidence should you need to.

Using this device, you should be able to identify sounds properly, hear conversations and arguments and make sense of what you've been hearing. You might think that using such a device is being a nosy neighbour, but you wouldn't even be considering it unless you had very real concerns about the safety of those living next door, especially if there are children involved. If it comes to preventing abuse and perhaps even saving lives, the use of such a device would be well worth it. If it turns out to be nothing, you know that you've played your part. Whats more, no one ever has to know that you have been listening.

Not domestic violence? Thats a relief, but what will you do about your noisy neighbours? 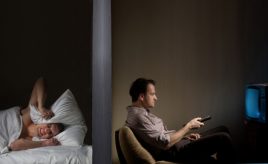 If you find that the noises you've been hearing are basically harmless and not related to domestic violence, you can breathe a sigh of relief. You've acted as a responsible, concerned neighbour and investigated the situation. Your conscience is officially clear. But now what do you do about what is obviously a case of noisy neighbours? This is where again, your listening device can come in very handy indeed. Theres a certain process to follow if you want excessive noise from your neighbours to stop, and it can involve dealing with the local council. The first step is to pop next door and ask your neighbours politely to try and keep the noise down if, of course, you feel comfortable doing so.

If you dont feel comfortable (if you're intimidated or frightened by the violent-sounding noises you've been hearing, for example) or if they ignore your request and continue to bang, shout and possibly play loud music, it's time to contact the authorities. However, many councils require evidence before they will take real action on a noise complaint. Your local council may send letters to the property informing them that further action will be taken if they dont keep the noise down, but if this too is ignored, evidence may be required to take further action.

If you can record the noise of your neighbours through the wall along with keeping a detailed noise diary, you can prove to your local authority just how bad the problem is and how it's affecting you. This should hopefully lead to a resolution, as well as help you get extra value from your newly purchased listening device.