Why Surveillance Cameras Can Be A Small Business Owner's Best Friend 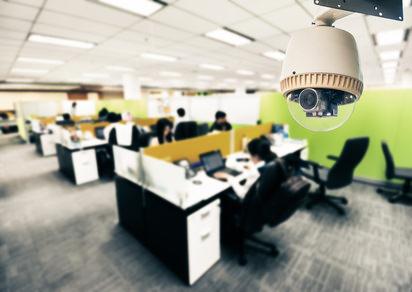 Life can be stressful as a small business owner. Even with a relatively small enterprise and only a handful of employees, there are nonetheless a thousand and one crucial little details that you need to keep your eye on. You take every worry and concern on your shoulders, and it can stop you from sleeping at night. Luckily, there are lots of tools, tech and solutions out there, all designed to lighten the load for the hard-pushed SME owner struggling to keep the business afloat.

Getting technology on your side

Many business owners rely heavily on surveillance cameras, both to protect their businesses and also to give them the peace of mind they need to actually get a decent nights sleep. If you get a good quality system that fits in with the way you work as a business, you can let it do the monitoring, guarding and crime deterring for you  without having to hire an expensive security guard. Here are just a handful of the many rather persuasive reasons why surveillance cameras could become your new best friend 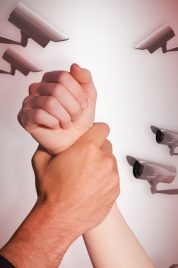 Some business owners are terrified to go on holiday if it means leaving their premises, even if the plan is to have it looked after by a manager. If you've ever owned your own business, you'll also be familiar with that nagging feeling of worry every time you lock up at night  it seems silly, but it's extraordinary how protective and concerned it's possible to feel for a pile of bricks and mortar! A surveillance camera, or a number of well-placed surveillance cameras, can eradicate these fears. It can also:

So, the next time you wake up in the night worried about the security of your business, all it will take is a quick look at your real-time, live security footage to put your mind at ease and get you back to sleep.

Preventing theft from inside the business

Its a sad state of affairs when it becomes obvious that someone working within a small team has been stealing. As the owner of the business, you must deal with it, and sometimes the only solution can be to install surveillance cameras. A camera can either catch the thief red-handed and give you the evidence you need to support your accusations, or it can act as a deterrent to prevent further theft. 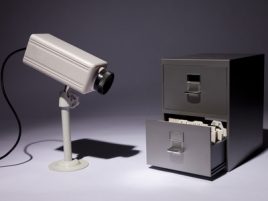 If you plan to install cameras, for this reason, it's a good idea to get your employees on board. Otherwise, such a move could foster resentment, with your employees feeling that you dont trust them. Explain to them the reasons for installing the cameras, highlighting other benefits such as ensuring their safety while at work, and never filming anywhere that may breach their rights to privacy. Most employees will understand your reasons and will be much happier with your honest, upfront approach than if you filmed them in secret and they found out later.

Its only when reviewing footage from your eye in the sky camera that you can gain a truly objective picture of what your business is like from a customers perspective. Surveillance footage can help you to spot problems in customer service, such as poor communication from your employees, issues navigating your premises or long queues. You can use the footage to identify where additional training or improvements are needed, which can make a big difference to overall customer satisfaction.

Unfortunately, todays compensation culture can often lead to false or dishonest claims against innocent individuals or businesses. For small business owners, these claims can be financially devastating unless there is a means available with which to defend themselves. Security camera footage can provide just that. So, if a customer or a member of the public, or perhaps even an employee, claims that they have had an accident or suffered losses as a result of your negligence and you know it isn't true, you can use your surveillance camera footage to rubbish their claims and avoid unfair compensation payouts and legal expenses.

If you've decided that cameras are the right choice for you and your business, the next step to take is to familiarise yourself with the law. It is legal to install and use surveillance cameras on your business premises, provided you have a genuine reason (i.e. security concerns) for using the footage. Key rules to remember include  never filming in any place where people have a reasonable expectation of privacy, such as toilets and changing rooms, and never sharing or selling the footage to a third party without the permission of any individuals you've captured in the footage.

Once you've done your research, it's time to speak to an expert to find the right cameras and the right system for both your business and budget. Dont bankrupt your business with the purchase, but dont skimp either its important to get a good quality product that you won't need to replace for some time.