Why Motion-Sensitive Cameras On Building Sites Are Absolutely Essential 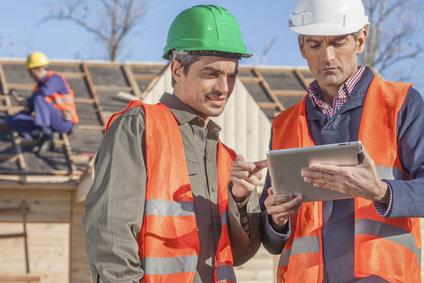 When youre embarking on a building project, either for yourself or for a client, there are hundreds of things to think about on any given day. You need to make decisions, manage people and solve problems on the spot. This is probably why some building site managers forget about one of the most important parts of the job  securing and protecting the site. Security of the building site may be the last thing on your mind, but it really is essential. According to a recent review by insurer Allianz Cornhill, over £70 million worth of equipment is stolen from UK construction sites every year. Thieves are even being so bold as to steal large pieces of heavy machinery including cranes, excavators, and compressors. Of course, its not just the financial losses of the equipment that construction companies suffer. There are a whole host of associated costs and inconveniences, including the hire and purchase of replacement equipment, loss of business and increased insurance premiums. Delays to work can add thousands to the total cost of a building project. Due to all of these associated costs, Allianz Cornhill has estimated that theft of plant equipment costs the UK construction industry a massive £800 million a year. Plant equipment also has very low recovery rates  less than 10% compared to 55-60% of motor vehicles that are stolen each year. This is because plant equipment doesnt always have to identify marks or registration documents that make them easier to trace and recover. 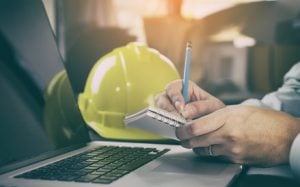 Even if you dont have expensive cranes and heavy machinery lying about, its crucial to take measures to protect your site at night and when no one is working on it. Even the loss of a few tools can cause major setbacks to your work schedule as well as financial consequences. Half-finished properties can also be badly vandalised and vital components such as boilers, pipes and wiring stolen. They could even be subjected to arson or other major damage. Opportunist thieves and vandals, or even just bored teenagers, often target building sites at night because they know there is no one occupying these areas. Security guards, fencing and alarm systems are all ways you can protect vulnerable building sites, but there is an even more effective tool you can use against potential thieves.

How spy cameras can help construction companies fight back

Many building sites have cameras installed, and these can provide vital evidence if a thief is caught. However, they can only really be useful after the fact, after something has been stolen  unless you have a security guard monitoring the camera feed 24 hours a day. A far better and more cost-effective solution is a motion activated security camera. These cameras have many benefits, including being cost-effective and energy efficient. They only activate when movement is detected, so that the battery lasts a lot longer. The footage is also easier to review, as the camera wont have recorded hours of footage where nothing happens. By far the most attractive benefit of motion-sensitive security cameras is that many of these clever devices can send real-time alerts when they detect motion. This means that the instant an intruder enters your building site, the camera immediately starts recording and at the same time sends you an SMS straight to your phone or an email alert to your account. Upon receiving this alert from wherever you are in the world, you can check in to view real-time footage of whats going on. If not a false alarm (high winds causing objects to blow about in front of the camera), you can spot the security risk and alert the police or your own security guard. Why is this so useful? Because it means that you have the power to stop a robbery in progress, prevent anything from being stolen and hopefully get the perpetrator locked away. It can also provide great peace of mind that your site is safe and protected when you cant be there in person. If something does happen, youll be the very first to know.

The papers are full of examples where smart technology and spy cameras have saved the day, including a story from summer 2016 where a burglar was caught red-handed attempting to steal construction equipment in the Leicestershire town of Coalville. The Leicester Mercury reported that brothers Carl and John OConnor were arrested after activating motion-sensitive security cameras. They were attempting to load a wacker plate  a piece of equipment used for levelling the ground  into their car when they were confronted by the site owner and caught at the scene by police. The alert from the motion-activated cameras enabled instant action to stop the thieves, who were sentenced in the local magistrates court to 14 months and 8 months in prison respectively. The thieves were not even able to deny that they were trying to steal the equipment, as the evidence from the motion-sensitive camera proved otherwise. Crucially for the owner of the equipment, no losses were suffered. 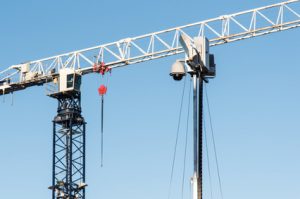 Motion-activated security cameras basically work like a very high-tech security system, detecting motion and sending an instant alert, but at a fraction of the cost. This isnt to say that a good, reliable camera is easy to find, nor is it the cheapest piece of equipment to buy. However, when you take all the costs associated with burglary or vandalism into account, as well as the delays, stress, frustration and complications  it really is a no-brainer. Building sites need to be protected and unless you can afford a crack security team patrolling the site at all times, these clever spy cameras are the next best thing. You dont need to spend a fortune, nor do you need a lot of specialist knowledge, to install and operate motion-sensitive cameras. Every building site should have one from the very first day of construction work starting.