Why Have Celebrities Been Targeted By Secret Service Snoops? 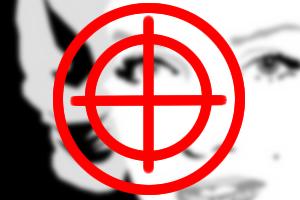 Thanks to compulsive Instagramming, Tweeting and staged appearances for the paparazzi you'd think there aren't many modern-day celebrities worth secretly monitoring  they don't seem to have any secrets to hide from the world! Even so, last year a whole host of celebrities were alleged to have been hacked by the secret services, including (deep breath) Mel Gibson, Ashton Kutcher, Paris Hilton, Donald Trump, Beyonce, Jay-Z, Hulk Hogan and....Kim Kardashian  which begs the question, why? And before mini-cameras, mobile phones and the internet made our waking moments so public, the secretive Secret Services have considered some world-famous entertainers to be worth keeping on their radars. The FBI, CIA, MI5 and MI6 et al don't want us to know what they're getting up to, but sneaky journalists, big mouths who left the spying lark and pesky Freedom of Information Acts have brought some of their activities to the public gaze...two of the biggest celebrities of all time found themselves the target of snoops.

Sifting the facts from the rumours in the legendary blonde bombshell's biographies is as difficult as, well as difficult as working out what spies really get up to, but it has been established that Marilyn Monroe was being monitored closely in the last years of her life. Several authoritative sources have come forward to claim that there were recording devices on her telephones and inside her home, with her incoming and outgoing calls strictly monitored. It has also been alleged that her personal therapist, who she was very dependent upon, had links to the government and had installed a house-keeper to keep track of her at all times. Naturally this has led to theories that shadowy figures ordered her "assassination", fuelled by the years of denials that Monroe was being monitored, so who knows what to believe? Whether the alleged assassins were deep operatives in the secret service, the mafia  or a combination of the two is still argued about over fifty years after her death, from what was recorded as an accidental overdose. Why were they so interested in Monroe? Her relationship with the President (John F Kennedy) was potentially problematic, as Monroe was an erratic public figure who could easily summon up friendly journalists to listen to the "secrets" she might have uncovered. But apart from this "romance" (which is now accepted as a fact, not a rumour), Marilyn had come to the authorities' attention years earlier, when she was married to playwrite Arthur Miller, who had faced accusations in the paranoid McCarthy age of being a communist  and Monroe had continued to take an interest in "left wing" politics by befriending activists from that time on.

As soon as John Lennon and Yoko Ono took up full-time residency in the USA they were looked upon with suspicion by the secret services. Their high-profile campaigns for peace and association with radical groups made them seem like lightning rods for a generation that (as Lennon wrote) appeared to be on the edge of revolution. The last ten years of his life spent at the Dakota, overlooking Central Park in New York City, are shrouded in rumour and counter-rumour, but extensive CIA files on the Ono-Lennons have revealed the level of constant scrutiny the couple were under. Like Marilyn, John's untimely death has been analysed by conspiracy theorists who have surmised that it was a professional execution and Lennon's murderer was merely a patsy. These theories are based around the fact that Lennon was emerging from semi-retirement at the time of his death and was planning to visit England for the first time in ten years  possibly leaving the USA for good. When a collection of Lennon's writings from the Dakota years were published recently they mostly consisted of shopping lists, accounts of playing with his young son and baking bread  far from the firebrand revolutionary the secret services supposedly feared! So you get the impression the snoops were being unnecessarily paranoid.