When Is It OK To Conduct Surveillance On Your Neighbours? 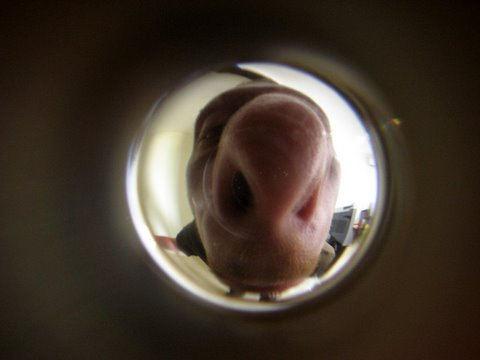 Nobody likes a nosy neighbour, but if your safety or privacy was under threat, would you want to know the people you live near are looking out for you? The ethics of surveillance are complicated. The law is even more so. The key thing to remember at all times is intent. If you're watching your neighbours to find out what they're up to, you're a nosey parker and most likely, your neighbours talk about you behind your back. But if you respect peoples privacy while remaining vigilant to tangible threats and nuisances, you're doing good work, neighbour. To keep you on the right side of the law (and on your neighbour's Christmas card list) heres our guide to ethical surveillance.

Noisy neighbours can represent a genuine obstacle to your quiet enjoyment of your own home. Your quiet enjoyment of your own home is a right. Thats why landlords need to give tenants 48 hours' notice before visiting. If you need to report a noise nuisance, you've got to be able to prove where it's coming from and that it is interfering with your enjoyment of your own property. Audio recording devices are useful for this as they capture a range of sounds in high quality. But before you do this, you need to decide whether you're dealing with a noisy neighbour or not. So how do you define it? A noise nuisance is typically considered such if the noise problem is repetitive, occurs at unreasonable hours and is audible when all other reasonable attempts at avoidance have been exhausted. For example, if closing the windows or turning the TV up a notch dont work, it's safe to say you've got a noisy neighbour. The sound of a lawnmower for an hour on a Saturday afternoon does not a noisy neighbour make. The sound of hardcore techno at 3.00 am does.

If you live in a high crime area, it makes sense to take proactive measures to protect yourself. As sad as it may sound, if your house has a visible deterrent such as CCTV, criminals may simply move to another target. You are legally entitled to install CCTV on your property, regardless of crime statistics, but you have to follow some basic rules to stay within the law. Your set-up must not interfere with anyone elses reasonable expectation of privacy. So make sure your camera isn't pointing into number 5s bedroom window. You must also be careful about how you store the data. Its fine to record the goings-on around your property, provide you dont upload footage of the postman to Youtube every day. He doesn't deserve that.

If you think you're being unfairly or illegally targeted, you are entitled to take action. Checking sightlines from other peoples surveillance equipment is fair and reasonable. But it's not legal to tamper with or damage other peoples equipment. If you have a genuine concern that your neighbour is spying on you, speak to the police. Of course, you can take countersurveillance measures of your own to prove any case. For example, there is no law against photographing a CCTV or surveillance camera set up. The key thing to remember at all times is to appear reasonable. If you suspect your neighbours of anything, assume you'll be explaining things to a police officer or a court at some point. Once you take that approach, you'll be surprised by how reasonable you sound.