What Is The Snoopers Charter And Why Are We Talking About It Again? 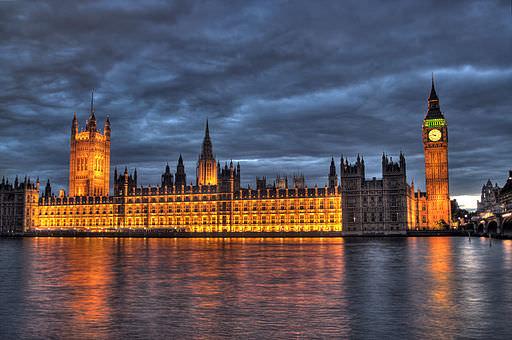 The Communications Data Bill, otherwise known as the Snoopers Charter, is a piece of draft legislation designed to give government all manner of powers to spy on us. Its back on the table for discussion because now the Liberal Democrats are no longer part of the Coalition, the Conservative Government plan to push ahead with its implementation. Home Secretary Theresa May, pretty much immediately after the 2015 General Election, vowed to rush the controversial legislation through in order to avoid another Levenson Enquiry.

Key Points Of The Snoopers Charter

The charter essentially gives Government much more access to much more of our private data. As well as that, it will need less justification than currently to request that access. The process for this erosion of privacy began before the current Government or the previous Coalition took office.

Although it will be David Camerons Conservative Government that pushes this legislation through, the originally proposed bill, informally named Intercept Modernisation was written under the last Labour Government and was actually opposed by both the Conservatives and Liberal Democrats.

The charter will compel Internet service providers and mobile phone providers to maintain records of your browsing history. It wouldnt necessarily follow that the content of your browsing history would be recorded, but the sites you visited, the times you visited them and from which device, would most likely be recorded. This data remains on file for 12 months. Interestingly and somewhat worryingly, your email address and phone number is already kept on file.

Its expected that the technique used to collect your information will be deep packet inspection. This process incorporates black boxes used to store data in the event that communications service providers refuse to submit it independently. The information stored will most likely be unencrypted. Although unencrypted black boxes sound like a disaster waiting to happen, this means of data storage is actually very similar to how you ISP or mobile phone provider currently stores information. The bill doesn't give Government permission to record phone calls, but they can certainly request data of when and to whom a phone call was placed.

If you take a close look at the draft bill, youll notice that it includes arrangements to filter and interrogate your data, in order to match information pulled from different sources. The argument for this is to prevent duplicate information being stored unnecessarily, in order to protect your privacy. Naturally, there is resistance to this justification, as such a process would lead to the creation of a giant database that would be a magnet for hackers, blackmailers and other criminals who would seek to take advantage of the information stored therein. The Home Office have said the bill is intended for targeted surveillance and that there would be no fishing expeditions, where analysts and intelligence services would speculatively look through their database in the hope of uncovering something interesting.

How Can You Oppose The Snoopers Charter?

Your best bet is to get on board with existing campaigns that already have momentum. #OpposedCDB on Twitter is a good place to start. David Davis, the Tory backbencher has made his feelings on the bill very clear and would be a good MP to contact with your support. Sky News seem to think the House of Lords will be planning to block the bill, possibly due to the large presence of legal minds in the upper chamber. In fact, Lord Paul Strasburger has pledged his opposition to the bill already. Nicola Sturgeon of the SNP is also believed to be planning to offer strong resistance. The simplest way of opposing new legislation is to write to your MP and ask them to act on your behalf. This obviously wont always work, but if your MP ignores you or refuses to ask a question in Parliament related to your concerns, theres a great thread on the Reddit website where people are documenting the details of people that oppose the bill.