Facing bullying in the workplace? Here's how tech can help you prove it 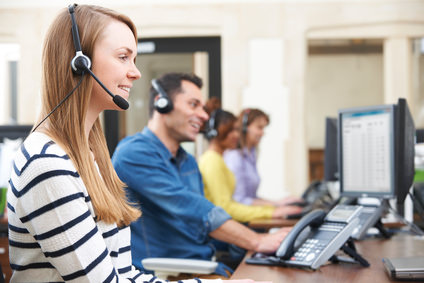 Bullying in the workplace is more common than you may think. In 2015, the Trades Union Congress (TUC) found that nearly a third of people had experienced it in the workplace.

If you’re facing a situation where a colleague or manager is intimidating or abusive, and you fear you may be bullied, it’s essential to report it to your line manager (or their manager if this is the person against whom you have the complaint). Most workplaces have sound procedures in place to stop bullying in its tracks and to resolve the problem.

But what if I’m not believed?

Unfortunately, in some situations, inadequate action is taken against workplace bullies. Your employer may investigate and not find enough evidence that bullying has taken place. It may be your word against a colleague’s, and without evidence no action may be taken and the same thing could happen again.

Other victims of workplace bullying worry that they won’t be believed. For this reason, they may not report it. Needless to say, this usually means that the problem will continue to the detriment of your mental and physical health and wellbeing, and perhaps even your career.

Bullying in any environment can be extremely serious. If you are constantly picked on or humiliated, threatened with the sack, given far too much to do or unfairly passed over for promotion or training, this all could constitute bullying. It can cause stress, anxiety, depression, low self-esteem and is very likely to affect your performance in work. If you are being bullied, it’s so important to speak out – even if you worry about being listened to or taken seriously. You never know until you try.

How tech can help you to gather evidence

If you’ve tried the usual routes to report bullying and are unhappy with the action taken, or no action is taken due to lack of evidence, technology could be your secret weapon.

When reporting bullying, it can be very helpful to provide exact details of dates, times and locations, as well as describing what was said and the incident in detail. Who was involved, and where there any witnesses? Keeping a journal of events can help to establish a pattern of bullying, but technology can help you to go one step further.

Discreet recording and listening devices can gather the evidence you need to prove to your employer that what you’re saying is true, that another member of staff is bullying you. If you aren’t getting anywhere with written evidence, it may be time to consider gathering some audio evidence yourself – provided you take proper caution and respect the privacy of your colleagues in the workplace.

Listening and recording devices come in a range of different disguises, from plug sockets to pens and even more ‘007-style’ gadgets. Some can be operated very discreetly, so if you do find yourself in a bullying situation you can start recording without the other person being any the wiser.

How to use listening devices at work

The aim of using a listening device at work is not to entrap the person doing the bullying, nor to provoke them in any way so you can record the conversation. You can simply use a listening device to capture bullying behaviour when it does happen, and use the recording to argue your case with your manager. It shouldn’t have to be the case that you need to gather your own evidence to be believed, but sadly it is sometimes necessary to stop bullying in its tracks.

You should use listening and recording devices very carefully when at work, and not use them for any purpose other than gathering evidence of bullying. For example, it would be very wrong and possibly unlawful to listen in on colleagues having a private chat – this is absolutely not what listening devices are for.

The best and safest way to use listening devices is on your own desk or in your own office. This is your space while at work, and you won’t be invading anyone’s privacy or doing anything you shouldn’t while in the workplace.

Of course, it’s not always the case that bullying behaviour will take place near to your desk or in your office. It could happen in the corridors, breakout spaces or anywhere else in the building.

To capture audio evidence of bullying happening in these places, you may want to consider a wearable body worn voice recorder. These come in many forms, from pens and USB sticks to credit cards. All are extremely convincing and easy to carry or wear about your person, without raising any suspicion or again, invading anyone else’s privacy.

Speak to your manager about CCTV surveillance footage

If you’re worried about getting in trouble for bringing recording devices into the workplace, why not have a word with your employer about existing surveillance equipment? Some workplaces use CCTV cameras to protect assets and manage access to different parts of the building, as well as for the general safety of staff and visitors.

If an incident takes place in a particular part of the building – such as a stock room, for example – you can ask your manager to review the footage for proof of your claim of bullying.

If your workplace doesn’t have cameras installed, you could try to make the case to your employer that they should be. Explain that it could help to prevent situations involving bullying in the future, as CCTV cameras can be a powerful deterrent. Some people only behave in certain ways because they feel they cannot be caught. CCTV also has other benefits for businesses, including boosting security and even improving productivity.