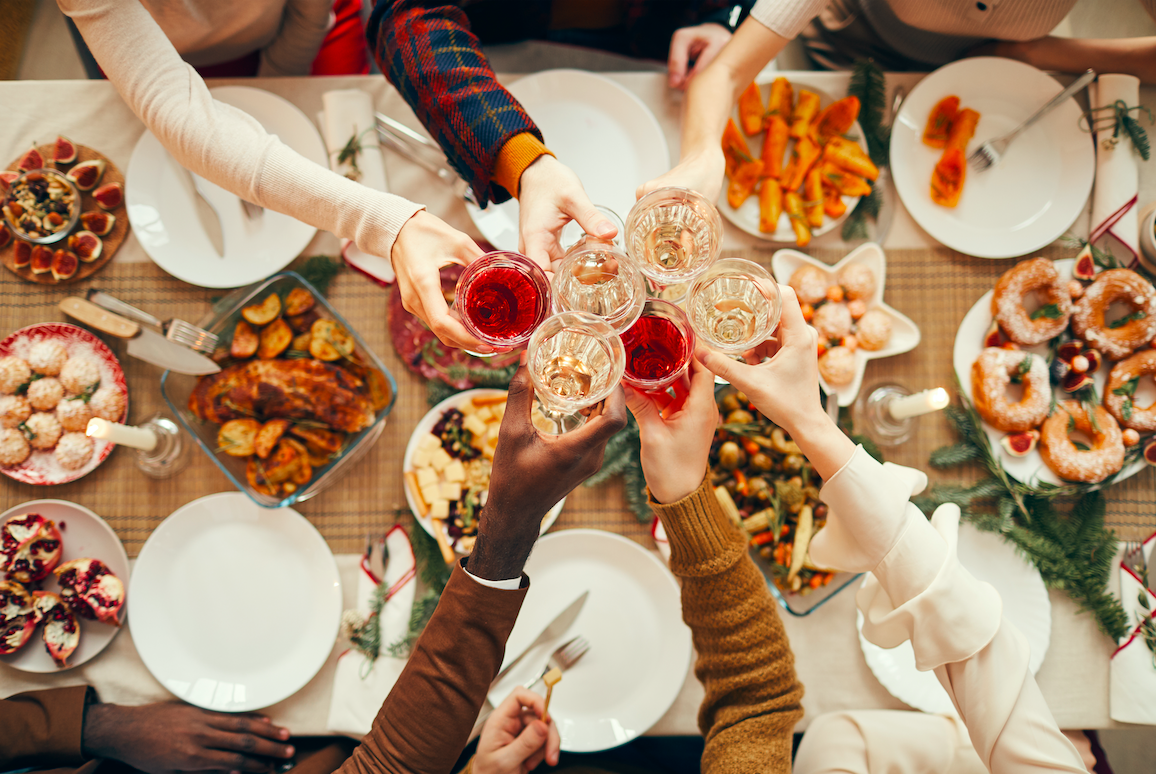 The sound of jingle bells, the smell of roasted chestnuts... and Christmas parties. Buckle your belts for a mini-survey we conducted on the night of Friday 13th December in the affluent Town of Cheadle Hulme in Cheshire in the run-up to Christmas work parties. Among the joyous moods of the great passing public, we asked 100 people aged between 23 - 50 years two simple questions:

Question 1: Given the opportunity would you cheat on your partner at a Christmas work's party?

The answers were frank and honest and more so with groups of 3 or more. 63 of the 100 people we spoke to were either married or in a long relationship but admitted they would oblige a cheeky tonsil tickling from a colleague they fancied. 11 people admitted they would go as far as 3rd base providing alcohol was flowing, and one person told us 'it’s tradition to sleep with a colleague at a Christmas party isn't it?'. The remaining 25 said they were happily in a relationship and were not interested.

Let that sink in. A massive 75% of people in a current long term relationship openly admitted that they would cheat at a work party with 10% saying they were willing to sleep with a colleague. In perspective, Cheadle Hulme is a small town centre, but three in four people, albeit possibly after a few drinks, said they were will willing to cheat. This figure could easily be multiplied by other town centres including in your area which means in retrospect it isn't just Santa bringing the surprises this time of year.

We asked the same people the following question.

Given the opportunity to surveillance your partner at a works party would you use a:

Answers were mixed with 15 people not knowing where or how to obtain such spy equipment. 25 said they would use a tracker and 14 admitted they would want to see what their partner was doing. Only 3 people would use a listening device with the remaining 57 not interested in using equipment to catch a cheating spouse.

It is good to hear that over half the people would not use surveillance equipment in this manner, we don't condone the use of this type of equipment for any type of spying but it was interesting to engage and understand people’s approaches as we head into 2020.

People looking to use hidden cameras and vehicle trackers should be aware of their legal uses however, they do and will continue to provide evidential means for people in situations of desperation and trying to prove their side of events. A tracking device such as the Trackerpro Live Car Tracker is an excellent product for gathering real-time journey movements with a full breakdown of street-by-street turns. This tracker is extremely cost-effective and comes with a full 1 year of unlimited tracking throughout the UK and Europe. Although it doesn't provide downloadable and printable journey routes, it is a solid and reliable tracker for most users and a worthy investment.

Spy cameras are now becoming the 'norm' for most people in the workplace and at home. Whether deployed as an overt (camera in view) or covert (camera out of view) means of surveillance there is nothing more satisfying than being able to playback footage and prove events such as a theft, a vindictive bully, abuse or as proof that a delivery you were expecting didn't arrive at the time/date specified. There are many versatile uses with most being for general security purposes. The Socket Lead with WiFi Spy Camera for the covert user has proved to be an excellent resource for our customers especially for monitoring an elderly parent or relative or for a more recent purchase by a property developer wanting to catch vandalism to provide the police with evidence.

Last but not least, the use of listening devices can help gather audio evidence of sounds and conversations from within a room or vehicle environment with the advantage that you are in a different location or even a different country. Take for example the Spark Magnetic GSM Audio Listening Bug which is the world’s first 3G / 4G UK manufactured product that allows you to clearly listen to the surrounding vicinity of where the device is deployed. This is particularly useful when deployed inside a moving car where GSM signals can fluctuate. The GSM Spark automatically switches between 3G and 4G for the best reception. Audio can also be recorded when purchased with the iPhone / Smartphone Mobile Phone Recorder so not only can you listen live, but you can capture the Call Recorder conversations from inside your vehicle. This is especially useful in the event of car theft as a real means of understanding who is in the vehicle.

The team here at Online Spy Shop are here to help and support our valued customers and whether you need a little advice or a custom-build product let's chat and make your imagination a reality.