The Surprising Ways That Spy Cameras Can Help The Environment 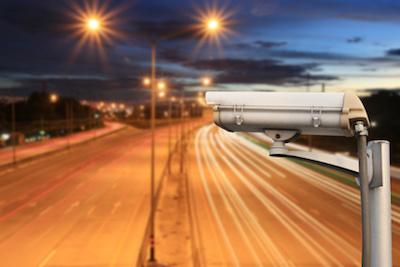 You might think that a spy camera is only good for detective work or home security, but they have many other uses too – and some of these uses may surprise you. For example, there are a number of ways in which surveillance equipment can help the environment. They can be employed to deter or punish environmentally unfriendly behaviours, as well as improve the ‘green’ practices of both businesses and individuals. Here are just a handful of the ways that spy cameras can help us all be a little bit greener…

Fly-tipping is not only unsightly to look at and unhygienic, it is also inconsiderate and antisocial. Just as crucially though, the dumping of rubbish, large appliances and furniture, building waste and even industrial waste can also be extremely damaging to the environment.

Hazardous chemicals, from appliances such as fridge freezers, paint or industrial sites, can contaminate the soil. Wildlife can be hurt or killed by dangerous items dumped in natural areas, as well as from soil contamination. Some dumped items take decades or even longer to degrade, with some causing more ecological damage as they do so. 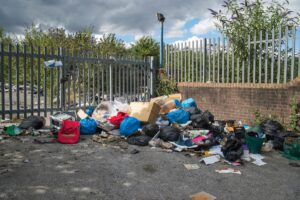 So, why do people dump rubbish and fly-tip furniture, appliances and other waste in the first place? There are a number of reasons, but one of the main ones is that people think they can get away with it. They show up at night, dump rubbish under the cover of darkness and simply leave the scene – and no one knows who did it, so there are usually no consequences for the perpetrator. This is particularly the case in rural areas, where there is no light and no one watching.

Spy cameras can stop this kind of behaviour in its tracks, not only helping to keep areas clean but also sending a very clear message that fly-tipping will not be tolerated. They can catch the perpetrator in the act, capturing their face and their illegal nocturnal activity on camera. Surveillance equipment can be installed anywhere, from the streets of a city to the woods and rural areas where fly-tipping is common.

Councils, organisations and even individuals can use cameras as a deterrent, making them highly visible and signposted to warn people that there will be consequences for their actions if they break the law. The footage from a CCTV camera also provides vital evidence once a crime has been committed, enabling the council or law enforcement services to secure a prosecution and fine the individual or company responsible. Just as importantly, stopping this kind of damaging behaviour helps to preserve the environment. It can help to keep our city streets clean, preserve the beauty and ecological stability of our natural green spaces and protect wildlife.

Businesses today have a legal duty to put certain measures in place for waste management and other activities which could affect the environment. Key examples of this include recycling and responsible waste management, as well as pollution and other kinds of waste disposal. There are also voluntary steps that many organisations are taking in order to reduce their carbon footprints even further in order to improve their green credentials. 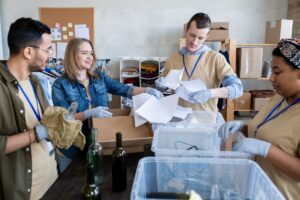 If you’re a business owner and you’ve put new policies and practices in place to ensure your company meets its obligations, can you be 100% sure that your employees are following the new rules? Could they be cutting corners or letting the company down in other ways? This is another area in which surveillance cameras can help. You can use them to:

Knowing that they are being monitored can encourage your employees to try harder to follow the rules, allowing you to stamp out bad behaviours. It also gives business owners more control over what happens within their organisations, as cameras can act as your eyes and ears when you can’t physically be there. Ultimately, it can ensure that nothing goes on within the business without you knowing about it. If there is a mysterious case of pollution or improper waste disposal, you will never be caught unawares. You can investigate quickly and use your surveillance footage to punish the perpetrators.

Discouraging the use of high polluting vehicles

Last but not least, spy cameras can be used to make our roads greener. A new scheme being launched in Scotland will use surveillance equipment to discourage the use of high-polluting vehicles. The scheme’s cameras will use automatic number plate recognition to identify such cars, vans and trucks that drive in designated Low Emission Zones (LEZ). Glasgow is tipped to become the first city in Scotland to have a LEZ, with drivers being asked to cough up fines and tolls if they drive high polluting vehicles in these zones. Mainly diesel vehicles, which are known to score poorly in terms of their carbon emissions ratings, are expected to be targeted in the scheme.

Will such a scheme work? Environmental campaigners are optimistic that the plan will discourage the use of polluting vehicles and hopefully improve the air quality in city centres. The levels of nitrogen oxide exhaust gases can dramatically reduce the quality of air around homes, schools and town centres, and the Sunday Post reports that it causes 38,000 premature deaths throughout the world.

It is hoped that combined sophisticated number plate recognition spy cameras and measures to make public transport more affordable (possibly through the revenue from the new LEZ fines and tolls, people will make a choice either not to drive in city centres or to change their cars for more eco-friendly models. Critics are concerned, however, that a scheme such as this could punish people who can’t afford to replace their diesel vehicles with more eco-friendly alternatives.