The Rise Of The Bug Detector 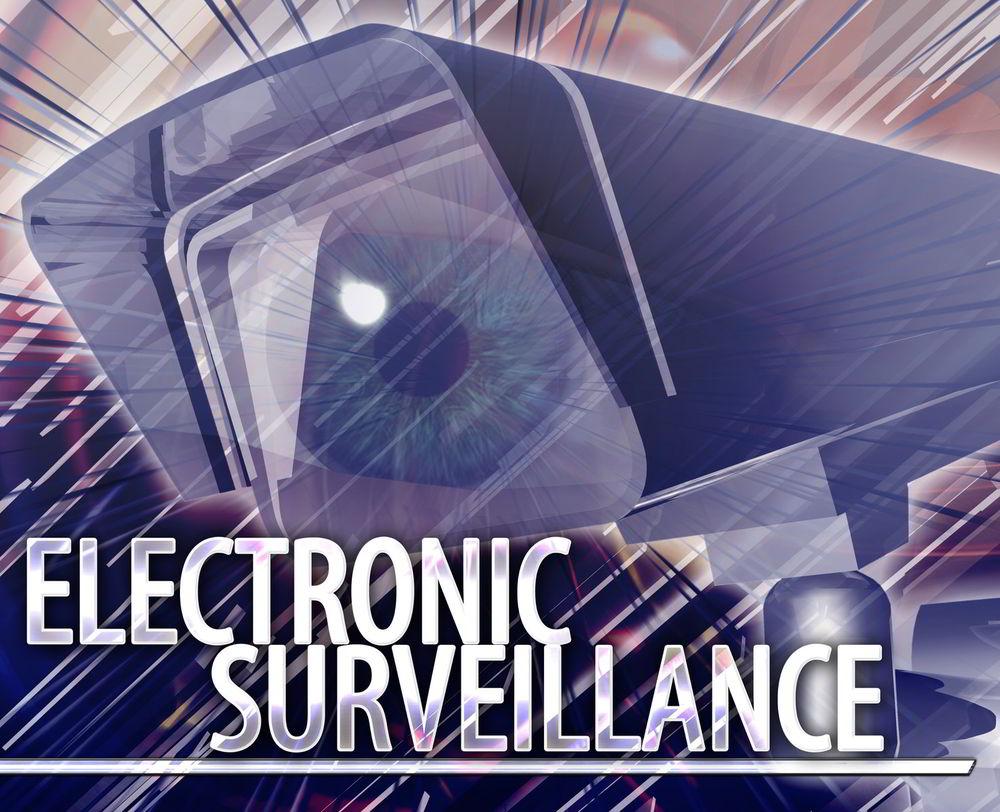 The purpose of counter-surveillance products has been a necessity for many businesses and individuals as a helpful aid to counter the threats of espionage, extortion, blackmail, stalking etc. Whether you’re an executive, a business owner, or just a person concerned about privacy, then taking necessary counter-surveillance steps can negate the threat of crime and theft and keep you safer. Personal safety has spiked the supply and demand for bug detection equipment, and it has never been easier to purchase RF detection products from reputable suppliers.

What Is A Bug Detector? 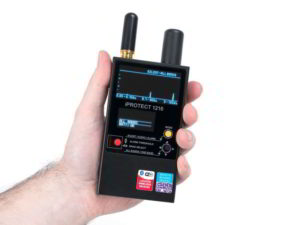 A bug detector for example; the 3-band bug detector pro 1216  is essentially a radio receiver (RF) that is capable of picking up electromagnetic wave frequencies broadcast from electronic devices like a WiFi router, a smartphone, a Bluetooth transmitter etc. Bug detectors simply indicate when such transmission is identified nearby and will prompt you by vibration and illuminated bar-graph display.

The closer you move towards a transmitting device, the pulse of the vibration and the higher the bar-graph on the bug detector will show. The range of such frequencies that are capable of being identified vary from around 20 MHz - 300 GHz, however, for our purposes, we’ll be referring to a much narrower frequency range up to 6 GHz which is ample enough to cover the common spectrum required to detect bugs for mist users.

There have been many reports in the media where bugging devices have been planted in hotel rooms, cruise ship rooms, and Airbnb rentals. While these types of devices have not necessarily been used to obtain personal data, the darker side serves the perversion for individuals dabbling in the voyeurism trend. One shouldn't have to physically search a hotel room air vents, ceilings, table lamps or smoke/PIR detectors but the truth is there are unsavoury individuals that go to extreme lengths to get their sexual kicks.

How Do I Use A Bug Detector?

Using a modern hand-held bug detector is very easy, and no technical skill is required. The technology of the device does the hard work for you. However, you should not entirely rely on electronic sweeping and bear in mind that 95% of real bugs that are found are through a physical search.

When sweeping a vehicle, ensure to isolate any potential 3rd party transmissions by driving to a semi-rural (rural is better) area and switching OFF the vehicle engine, mobile phone, Bluetooth earpieces, satellite GPS systems etc. Doing this procedure limits the possibility of the device detecting nearby transmissions from houses, other peoples routers, smartphones etc which you may incorrectly identify as a bug.

Next, turn ON the Bug Detector and slowly sweep along and over the exterior of the vehicle, reach under the chassis area because it is relatively easy to place a tracking device under vehicles or any other valuable asset. Make the sweep slow and do not rush. Sweep inside the vehicle over and under seats, air vents, open the boot area and sweep inside then lift the spare wheel flap. Sweep the engine area as devices can be snug away.

Should the Bug Detector's bar-graph display goes above halfway, and begin to vibrate this indicates a strong transmission signal and the immediate area should be then physically examined.

The same procedure applies to sweeping a room, isolating the power supply to the area ensuring no devices like WiFi routers, TV's, smartphones, Bluetooth devices are active. Turn ON the Bug Detector and slowly sweep over objects, inside crevices, cupboards, over wall sockets and also along walls. Again, should the Bug Detector's bar-graph display goes above halfway, and begin to vibrate this indicates a strong transmission signal and the immediate area should be then physically examined.

Make a mental note of where the transmitting signals are coming from in general and then re-sweep the same surface areas using a lower sensitivity setting to shorten the range. If there is a signal detected, but this time the indication is very weak, it could still be a neighbours WiFi because you have lowered the sensitivity, however, should the bar-graph display go above the midway point and the unit vibrates (if you have vibration switched on) then you have detected a real signal and something transmitting in that immediate area.

If you do not get any transmitting indication (you most probably will on a high setting but not on a low setting), then you will need to sweep the area again but vary the sweep times because some bugs do not transmit continuously and can be timed to enable during specific hours. You may perform a sweep and find nothing, but this does not necessarily mean there are no concealed bugs at all. Vary your sweep times over several days/weeks.

Next, stand back at 30 feet again and this time put the device into low sensitivity setting and again walk up to the router slowly. This type of test will give you an insight as to how the Bug Detector will react when you find any kind of transmission, including real "bugs" on both a high and low sensitivity.

How the Pro's Do It 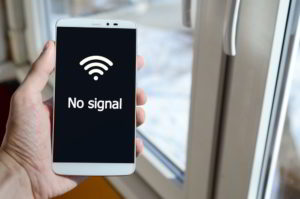 This technique is used today by professionals. If you have purchased an RF Bug Detector for use outside the EU and do not fall under strict laws of using jamming equipment, this may be of entertaining value. When a jammer is switched ON, it will block all transmitting signals within the immediate vicinity including GSM networks, WiFi routers, Bluetooth devices etc. When the jammer is switched OFF, the associated transmissions will begin handshaking with their respective signals once again. Monitoring the RF Bug Detector immediately after a jammer is switched OFF, will indicate strong transmission detection/s as it collectively identifies signals that are present.

The higher-end bug detection devices are more suited towards the professional user, or where budget is less a concern for obtaining the very best equipment or if you are looking to build a counter-surveillance arsenal to offer bug sweep services to the public or corporate. For the majority of users, a decent mid-range hand-held unit will suffice and do the job just as effectively for general use.