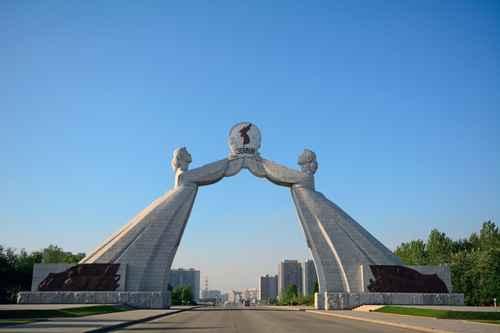 The hermit kingdom of North Korea holds a grizzly fascination for many. The stories of spying, prison camps and the disappearing of would-be defectors are grimly compelling, but it is the mundanities of North Korean life that often provide the most interest.

There are no frogs

Before 1995, North Korea had plenty of frogs. After 1995 it had none. The cause? Desperately hungry North Koreans figured out to catch frogs and from that point on hunted them to extinction.

There are lots of spies

North Koreas emerging intelligence gathering technique is computer hacking; the infamous Sony Pictures hack drew attention to this. The elite hack squad, named Bureau 121, are believed to be located all over the world and despite North Koreas military and home affairs limitations, its hackers are regarded as some of the best in the world. Theres even a hackers school called the University of Automation. Traditional spy techniques are put to use too.

People are scared of exploding stomachs

In 1990, North Korea experienced a devastating famine from which as many as two million people may have died. North Korean state television, in a bid to make people feel glad about not eating, broadcast a documentary about a man whose stomach exploded because hed eaten too much rice.

There are 28 permitted hairstyles in North Korea. Non-compliance can lead to arrest and imprisonment. Men are not allowed to have long hair, although more leniency is given to older gents.

Satellite images taken in 2012 revealed that the Kim family had erected a number of loopy slides for their swimming pools, despite the vast majority of the population struggling to find enough to eat.

It's got old European trains

For a country so royally screwed financially, North Korea runs a fairly decent public transport system. However, the trains are all hand-me-downs from East Germany. Some of the old carriages on the Pyongyang network even have East German graffiti.

Ugly people are not welcome

The Government of North Korea operates a policy that means to be resident in the capital Pyongyang, one must first meet a set of beauty standards. Residents who gain weight  or become disfigured through illness may be expelled from the capital.

The president is dead

We often hear rumours about the health of Kim Jung-Un, but the next time someone speculates on the health of the president, impress with your knowledge of hermit kingdom trivia; the president is already dead. This is because the North Korean constitution names Kim Il-Sung, Kim Jung-Uns grandfather, as Eternal President of the Republic. The current leader of the country is actually just the Supreme Leader.

Since the end of the Korean War, North Korean adults have been on average 2 inches shorter than their South Korean neighbours. This is because most North Koreans are malnourished in childhood, meaning their growth in adulthood is severely stunted. The phenomenon definitely has nothing to do with genetics, as South Korean and North Korean people are exactly the same, having only been separated in the 1950s.

...And they look different

Chinas border patrol are trained to pay special attention to any children inside its borders with distinctively large heads - a phenomenon caused by childhood malnutrition - as this is considered a key hallmark of a North Korean. If spotted and captured, these children are interrogated and then returned to the North, where they are most likely punished.

North Korea has the highest literacy rate in the world

North and South Korea are still technically at war

Although a truce ended hostilities in 1953 and created a de facto end to the Korean War, no peace treaty was ever signed. There is a long-standing truce, but no official end to the war and no winner. Although this does have an upside; its against international humanitarian law for either country or its allies to resume hostilities.

The border is completely arbitrary

The border between North Korea and South Korea was drawn onto a National Geographic map by two Americans, in America. Officers Dean Rusk and Charles Bonnesteel, with very little notice, were instructed to establish the boundaries of an American occupation zone. They drew a border based on the 38th parallel because it approximately split the country in two while leaving capital Seoul in the American half. What they didnt take into account is that vast majority of fertile land was also in the South, effectively condemning the residents of the North to hunger and famine for generations.