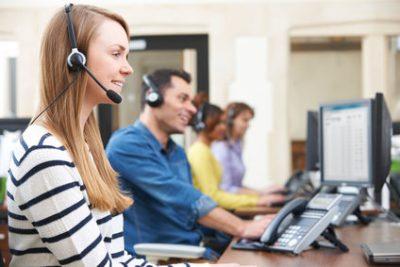 It’s far easier than you may think to start recording your phone calls. You don’t need any technical knowledge or a complicated setup. All you need is the right gadget. Let’s take a look at how to get started.

To start capturing calls made to and from your home or office phone, you’ll need just one tiny black box.

The Encrypted Black Box Landline Call Recorder does the job perfectly. It’s one of the easiest devices of its kind to use, allowing you to set up and start recording in seconds.

All you need to do with this clever gadget is plug it into a BT wall socket. If you’re worried about being too obvious (such as when recording calls to and from an office phone, for example) – it’s recommended to plug into a telephone socket in a spare room. If you don’t have one, simply use a splitter. You’ll usually get at least one of these with your broadband hub.

Once you’re plugged in, the device starts recording all calls automatically. It really is as simple as that. There’s no distortion or noise on the line to let callers know they’re being recorded, and recordings are crystal clear. All calls are stored on the device, which can hold up to 240 hours of audio recordings. Everything is encrypted, so calls can’t be accessed without your encryption key.

To listen back or transfer calls to your laptop, simply use the USB cable provided.

Setting up call recording on your smartphone or tablet

It’s just as simple to record calls on your mobile device as it is on your landline. You’ll need a different gadget – the iPhone/Smartphone Mobile Phone Recorder. This is a lightweight, slimline device that connects to your phone or tablet via Bluetooth.

Once connected, you’ll use the recorded to speak through for your calls. It has a microphone and speaker, so you can chat away as normal. There are no messy or obvious wires to worry about, and your phone stays in your pocket. Both sides of the call are recorded automatically, and you’ll simply plug the device into the USB port on your computer to retrieve the recordings. Alternatively, you can listen back using the in-built speakers on the device itself.

This versatile spy gadget can also be used as a portable voice recorder. Simply switch on voice recorder mode and you can take voice memos, lecture notes or record conversations.

Why record your phone calls?

There are many situations in which it can be very useful to have audio evidence of a phone conversation. For example:

Remember that you can only use call recording devices on your own phone. It’s illegal to bug someone else’s phone, but completely fine to record your own calls for a legitimate purpose.