Spy Equipment And Mental Health - More Connected Than You Might Think 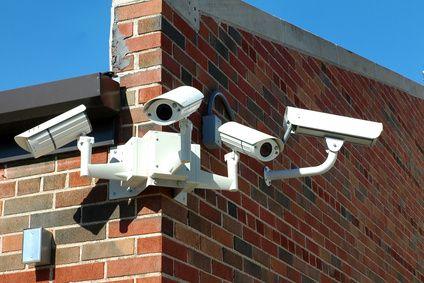 Here at Online Spy Shop, we like to think that we have helped hundreds of our customers over the telephone by providing unbiased advice for their circumstances.  Our advice also applies to face to face meetings where customers would prefer to see a real person. Our philosophy has never faltered or changed throughout the years of trading and we believe that really understanding the products we sell helps us give an honest appraisal so we advise on the best spy equipment to suit their needs which also helps minimise returns.

We can recall real instances for example; where an elderly customer believed they had ghosts living under the floorboards that only communicated at night.  Whilst this sounds absurd the truth was much clearer. The owner had breeding rats that had made tunnels in the cellar which ran under the floors. The communication was their tunnelling and scratching as they scurried.  It’s amazing what a Listen Through Wall device can do to help in such situations.

Another example was a customer who believed MI6 was tapping her phone line because she had split with her partner who was in the Police force.  Whilst this customer purchased a Bug Detector thinking the house was bugged anyway, the truth was much clearer.  It was static interference on the line and a simple call to the telephone company resolved the matter.

Further examples include a concerned husband whose wife started to act out of character, sometimes behaving erratically towards him and would take off in the car without explanation.  Without wanting to rock the boat, a Car Tracker and a Voice Recorder were used to attain an understanding.  The truth was much clearer. The lady had changed medication which she believed was not working and therefore, stopped taking meds altogether.

Of course, we don’t always get feedback from customers to let us know the outcome but it’s good to know that for a few well-spent pounds, we helped ease the mind and reveal the truth.

Over the years we have patiently listened to customer concerns where we politely steer a customer away from spending their money.  One of the most popular requests which we still get today is enquiries relating to customers believing they have been abducted by aliens and have implants in their brain and do we have a scanner to find it.  The most outrageous was a customer who believed her partner was a dinosaur and she actually saw him shed skin and transform before passing out. When she awoke there were clumps of slime around the house and wanted a camera to film it.

Now, whilst we believe these requests to be outlandish, in the minds of the person making the inquiry they are not.  The story is told with such ambition and detail that they actually believe what they are telling us is true.

We believe mental health problems play such a huge part in our society today, where years before the condition was painted over and never discussed.  In fact, it is only in recent years that Mental Health has been in the spotlight to make us more aware. We believe that whilst we have a duty to help genuinely concerned customers resolve sometimes sensitive issues, we also take into consideration depending on the inquiry that mental health can and sometimes will play a part in an inquiry.

Spy equipment is an asset when used correctly and with consideration will yield wonderful results to save you time and money.  If you have a niggling concern about any issue, we are ready to help give good advice before you spend your hard-earned cash.