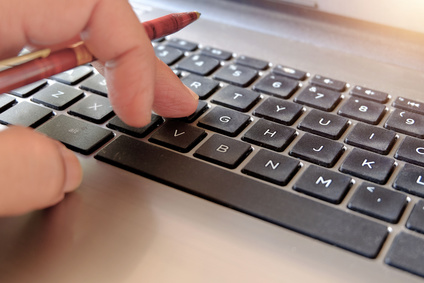 The days of the carefully honed personal signature could be coming to an end, according to a national study* by a UK cyber security consultancy. According to the research by Online Spy Shop, more than half of adults in the UK rarely sign their name and one in five admit they don’t even have a proper signature, instead just writing out their name when required to give a signature, potentially leaving themselves open to the risk of identity theft and fraud.

On the whole, 20% of UK adults sign their name so infrequently nowadays that they admit to not being able to produce a consistent signature.

Younger people are even less inclined to bother.

21% of those aged 18-24 say they don’t have a consistent way of signing their name and 15% can’t remember the last time they had to do it.

Over-55s are little different and may be responsible for keeping the written signature alive for a while yet.

84% of over-55s say they still have a consistent signature, but even among a demographic that grew up with written signatures as the standard, 7% can’t remember the last time they used theirs. Regular signature use is 20% lower among under-55s compared to over-55s.

According to the study, deliveries account for 41% of all signatures, while parenting related paperwork such as school consent forms and homework diaries account for 10%.

Steve Roberts of Online Spy Shop, who commissioned the research believes signatures could still have a place for a while, despite advances in encryption and security.

“We’re now so used to engaging with modern means of verification, be that fingerprint recognition or simply passwords and PINs, that the idea of just scribbling our name seems almost ridiculous.

“So it’s no surprise that a significant proportion of us no longer have a definitive, consistent signature to call our own and many of us can’t even remember the last time we signed our own name.

“I don’t think it’s quite the end of the written signature, but I certainly believe the days of youngsters perfecting a unique, hard-to-copy autograph to use in adulthood will be a thing of the past, if it isn’t already.

“Although in the EU, digital signatures are legally as legitimate as hand-written signatures, the latter is still standard proof of consent in many scenarios, so I’d recommend people take care to ensure their signature isn’t easily-copied, just in case.”