Should I Take A Lie Detector Test if I'm Telling The Truth? 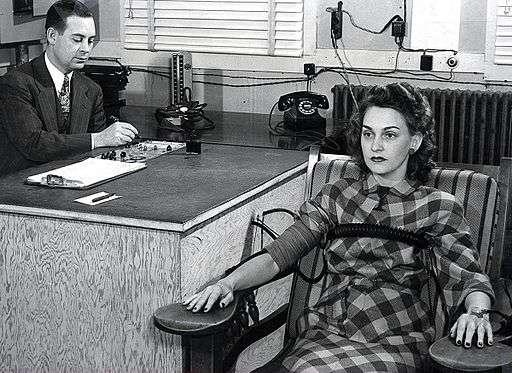 How do lie detectors work?

The most important element of lie detector tests is the polygraph. This machine is used to trace your physical responses to telling the truth, telling lies and how you react to being questioned. In a polygraph test a pneumograph will be attached to your chest and abdomen to measure your breathing and chest movement. In addition, an A G.S.R (galvanic skin response) is placed across your hand. If you get sweaty palms when telling fibs this is the tool that will catch you out. Finally, a Cardiosphygmograph is attached to your skin to detect changes in blood pressure. The polygraph itself simply records the results of the other instruments.

The interview is to establish a base level, so the person conducting the test is able to notice any subsequent changes in your physical condition, for example increased skin moisture, heart rate or temperature. You will first be asked questions where a lie would be obvious, for example did you travel here today by car? The first phase is the longest and is quite repetitive, but once the tester has established your base levels, he or she will be ready to move onto the next stage of the test; the questions.

The client who requests the polygraph test, often a spouse or employer (or TV producer) will agree a set of questions with a defined goal. For example, did you cheat on your partner? or have you ever stolen money? These questions will be asked multiple times in order to achieve an average. Because a polygraph test can be a daunting or stressful experience, its possible that some people give false readings just through being nervous, so the professionals involved in the test are trained to find ways of mitigating this.

Are the findings of a lie detector test legally significant?

In some cases yes. For example, probation officers are now being trained to use polygraph tests to supervise convicted sex offenders who are released on license. In other scenarios, the results are highly unlikely to have any legal impact on the subject. The results of a polygraph test are currently inadmissible in court, due to concerns over their reliability. So how reliable are polygraph tests? Its hard to say, the very nature of a lie detector is that the person you are testing by logic has an incentive to be dishonest, otherwise why test them? Recent estimates place polygraph testing as being somewhere between 65% and 95% accurate.

Should I take one if Im telling the truth?

Unless polygraph testing forms part of your parole conditions, you can refuse to take the polygraph test, whether you believe you will tell the truth or not. However, refusal to take the polygraph test may be seen by some as an admission of guilt and others may certainly see your reluctance as suspicious; often it may be better to bite the bullet and take the test. Nobody can make this call but you though. Consider the implications of a false reading that effectively implies that you are lying. If the questions are about whether you like your wifes cooking, you can live with it, but if they are of a more serious nature, its risky. Image credit - Wiki Commons