Planning A High Profile Event Or In The Public Eye? Why It's Not Paranoid To Check For Audio Bugs 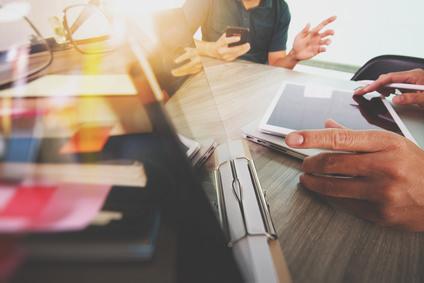 In the modern world, when technology is so advanced, it's not that unusual to encounter bugging devices. If you happen to be famous or in the public eye, or you're organising a high profile or even a top secret event, it's actually very likely that someone may be using technology to listen in or plant a camera or two. These audio bugs can be very easy to miss unless you're looking for them, but in some cases it could be very important to find and remove them.

If you're worried about listening devices and camera bugs, don't worry you are not alone. A recent story on the Radio New Zealand website revealed that the All Blacks, the most famous rugby team in the world, regularly check their meeting rooms for secret audio bugs. It's become part of their security team's routine precautionary checks, which paid off on a summer visit to Sydney ahead of the first test in the Rugby Championship against Australia when an electronic listening device was uncovered in a meeting room.   Speaking at a press conference on the subject of why anyone would want to listen in on sports team discussions although not confirming that the device was placed there to listen in to All Blacks discussions - New Zealand Rugby chief executive Steve Tew said: "Professional sports are big business, you have a lot of people very interested in what is going on, both in and outside of the game." The person or party placing the bug has not been revealed, but it was reported to have been found before any discussions took place in the room. This case just shows how it most certainly isn't paranoid behaviour to sweep a room for bugs you just never know who's listening in!

A guide to sweeping a room for audio bugs 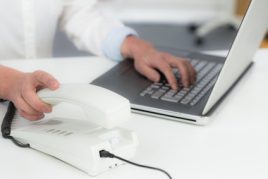 The best and easiest way to sweep a space for electronic listening devices and spy cameras is to get hold of a professional bug detector. These handy gadgets pick up on frequencies and signals being transmitted by cameras and listening devices. In order for a third party to watch or listen to what's going on in a room, without actually being there, the data will need to be transmitted in some way. This could be via Wi-Fi, 3G or 4G mobile data or Bluetooth, with the video or audio being sent to an external laptop or smartphone and this could be anywhere in the world. A bug detector uses radio frequencies (RF) to detect these signals and help you to locate the bug quickly and easily. RF detectors usually emit rapid beeping sounds when a bug is detected, and this increases in frequency the closer you get to the bug. So, once you've calibrated your detector, all you have to do is to walk slowly around the space until you find the bug. It's a little like using a metal detector, where the device beeps louder or faster the closer you get to a metal object. 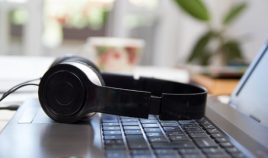 When choosing an RF bug detector to buy, you need to look at a number of factors. These devices vary widely in terms of sensitivity, frequency range and detail, and the more sophisticated devices will undoubtedly cost more. However, if you have a large space to cover or a particularly important reason to sweep for bugs, it can be well worth investing in a proper piece of kit that is fit to do the job. If the privacy of yourself or your family is at stake, or the security and reputation of a high profile event you've been tasked with organising, it's a no brainer that you'd choose the most sophisticated and effective device. An important thing to remember when using bug detectors is that you'll need to remove all electronic devices from the room before you start. Anything that emits any kind of electronic or wireless signal, from smartphones to TV sets and DVD players, need to be out of the room or they could make finding a camera or listening device much more difficult. 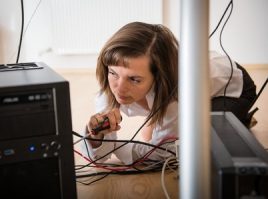 While an RF bug detector will definitely root out cameras and microphones if they're present in a room, there are other ways you can check for bugs in a room. For example:

In most cases, there'll be nothing to find, but it will always make you feel better (and keep your security team busy) to have carried out these checks.