How To Protect Yourself When Carrying Out Surveillance 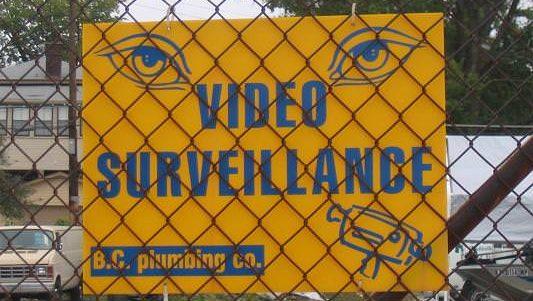 Gathering evidence to prove wrongdoing or stop criminal or antisocial activity from happening can be quite a satisfying experience. However, it can also be very dangerous. Understandably, people committing these acts (such as theft or fly tipping, for example) dont want to be caught on camera. They are likely to react badly if they discover a surveillance camera, which could mean danger to the person who installed it you.

Modern spy cameras are quite sophisticated and can be monitored remotely from virtually any location using a laptop or smartphone. You dont need to put yourself at risk by going to retrieve the camera to access the footage every day.

aka someone with you to adjust/retrieve the camera

If theres something obstructing the footage, you need to adjust the camera angle or the time has come to retrieve the camera and its in a public place, dont go alone. Take at least one if not more people with you and make sure one of you has a phone handy in case you need to call the police. Its unlikely to happen, but bad timing could mean that the person you have been filming spots you in connection with the camera. This could be dangerous, so make sure you have backup.

Consider carefully before confronting someone with the footage

In most cases, its not a good idea to confront the person or people youve been filming to let them know you have evidence of their wrongdoing. If its a crime, take it to the police. Even if it's antisocial activity youve been filming, you can still contact the appropriate authorities such as your local council or police community support team. Confronting the person may seem like a good idea, but it will hardly ever yield the results you want, and it could be very risky. Youve done your job by collecting the evidence, now take it to the police and keep yourself safe.

If youve captured illegal or antisocial activity on film, the temptation to name and shame can be irresistible. You must resist though, as sharing your footage online or on social networks can make your surveillance activity illegal. You can film in areas where there is not a reasonable expectation of privacy and where you have a very strong reason for doing so (i.e. to capture and prevent illegal activity), but you cant share it online or with any third party. This is not only against the law, but it could trigger retaliation from the person being filmed, or a witch hunt in which an innocent person could be caught up. Remember, your safety is far more important than catching a criminal and in fact, you can achieve this far more effectively by taking yourself out of the equation and handing your footage over to the authorities. Avoid taking risks and use the technology safely, and you can improve your neighbourhood without putting yourself in danger. Image credit: Wiki Commons