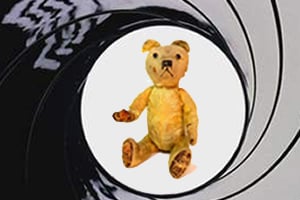 It is a big step hiring people to look after your children, unless they are friends or relatives who you know well and trust instinctively, there may be doubts at the back of your mind about whether your children are safe with these people. And if your child is saying worrying things about how they are being treated? It is difficult to pick apart reports from young children. They may say the minder is mean to them, but is this based on a childish dislike or a more alarming truth? If you have any doubts at all that your childminder or babysitter isn't treating your child or children properly the best thing to do is to find out for sure if there are any problems while your back is turned. Children may joke that their parents seem to have eyes in the back of their heads  well, with technology that is exactly what you can have! For complete peace of mind, you need cameras in your child's bedroom and perhaps in the other rooms that are most commonly used, such as the kitchen or dining room. This has become something of a phenomenon in the States, such cameras having been dubbed "nannycams". Hidden spy cameras really do live up to their name  unless someone is a well-trained spy they are not going to notice they are there. Hidden spy cameras can be disguised as working clocks or look like smoke alarms. They just look like innocent, ordinary household items so they don't attract attention. Thinking of the worst case scenario, the uncovering of abuse of any kind, it is highly recommended that you choose a camera with dates and times included in the footage. This means the recordings would be usable as evidence, but hopefully you won't uncover anything of that nature.

There are lots of hidden cameras on the market, look out for the ones with useful features such as

Remote viewing is an especially useful feature as it allows you to get quick answers and not spend hours and hours worrying about the unknown. If your concerns about a childminder your child visits, then it is more problematic. Installing spy cameras in another person's home or place of business is not only difficult to do, it could get you into a lot of trouble. However there are some excellent portable hidden cameras which are concealed in clothing and accessories, but these are obviously not very practical for children. Instead you could try placing a small hidden camera inside a favourite toy  once again looking for the cameras with features such as motion-captured, remote viewing. Or if that doesn't work, try some old-fashioned strategies to get an idea of what is happening  such as turning up earlier than planned to pick up your child, in order to catch the minder unawares. If you have any doubts at all, don't dismiss them as parental paranoia! Ask other parents who have used the childminder's services, check their references and accreditation if they have been registered and simply stop using any childminder or babysitter who appears to be making your child unhappy on a long-term basis.