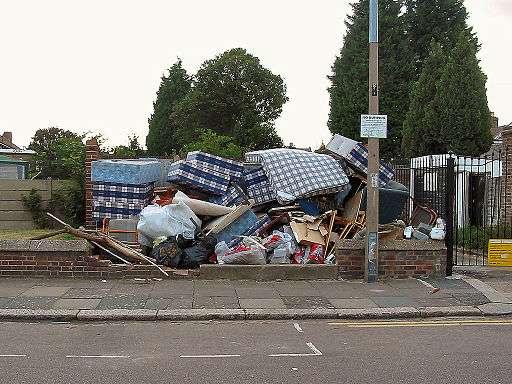 Nothing is more frustrating than looking after your own property and ensuring you dispose of rubbish responsibly, only to have your street ruined by inconsiderate fly-tippers. Sometimes, the council can help to clean up dumped waste and catch fly-tippers, but stretched budgets and limited resources often mean that nothing happens. Residents are left to deal with the situation themselves, but what is the solution? If you've had enough of the mess and frustration, and want to do something positive to stop fly-tipping and dumping from happening in the first place, there is an action you can take. Concerned neighbours are now starting to make use of CCTV cameras to capture on film those who cause the problems on their streets.

These outdoor surveillance cameras can be placed in hotspots  areas where fly-tipping happens regularly. They can capture vehicle registration plates and images of the people responsible, which can then be used as solid evidence for your local authority to use to find the individuals responsible. This evidence could prove vital when it comes to taking enforcement action, such as prosecuting and fining serial offenders, as well as educating people in the local area on how to responsibly dispose of their rubbish.

Who can get the most from using outdoor cameras?

While anyone having problems with anti-social behaviour on their street can benefit from using cameras to gather evidence, there are particular people who will really find them useful. For example:

Why outdoor spy cameras could be a good investment, Of course, it's not all down to residents to catch fly-tippers, especially when it's necessary to use their own money to buy and install outdoor surveillance cameras. However, it could stop the problem from happening and significantly improve the appearance of your street. This could, in turn, have a very positive effect on property prices should you be interested in selling your house. For these reasons, many people would consider it money well spent.