How Does GPS Work And How Secure Are GPS Trackers? 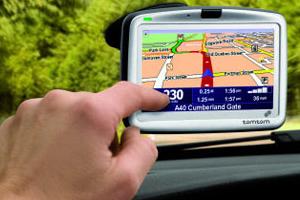 Have you ever been using a piece of technology and just pondered exactly how it works?

Sometimes we only ever contemplate what happens ‘under the hood’ when things don’t work. For example, this month (June 2021) a lot of Internet users found themselves wondering - quite legitimately - how Internet hosting worked. And that was only because a fairly large part of the Internet had stopped working.

Due to a software bug, servers hosting content for sites including Reddit, Amazon and The New York Times went offline for about an hour, meaning the websites they hosted temporarily disappeared from the Internet. And a company called Fastly suddenly became a household name.

What is Fastly and what does it do?

Fastly provides hosting network solutions for some of the biggest digital brands. It specialises in hosting content that is not end-users aren't supposed to see; this includes things like usernames, financial information and security details.

A Fastly customer had quite innocently and legitimately changed the settings on their account and, unfortunately for Fastly, exposed a bug in the code which caused an array of server requests from other hosting customers to return an error. The downstream effect of this is that some pretty big websites disappeared, albeit only for about an hour.

The interesting wrinkle in this story though is that Fastly’s share price went up after the outage. Although it had become involved in a major crisis, investors were keen. That’s because it was the first time that people outside of a very niche community of tech professionals truly understood how important Fastly was. Sometimes general consumers only understand the importance of certain parts of the digital infrastructure until it disappears.

We take for granted that the Internet will work. Problems like the one described above give us a little nudge to remind us that all tech infrastructures are prone to errors and failure.

For example, have you ever considered how your sat nav works? Or what would happen if a chunk of the global position system (GPS) faced a similar glitch?

How does GPS work?

It’s essentially a network of 31 satellites that each carry an atomic clock. The satellites broadcast signals containing very precise times that are accurate to within 40 nanoseconds. On earth, receivers decipher those codes to calculate the distance between it and the satellite. As the receiver moves, it is able to calculate its distance between two points, accurately plotting its precise location. GPS supports technology including satellite navigation and GPS car trackers.

Can you hack GPS?

Yes. According to Scientific American magazine, it’s possible to hack the operational receivers on earth. For example, hackers could jam GPS receivers by overloading them with ‘noise’. It’s unlikely that anyone intent on disrupting the operation of GPS would focus their efforts on the satellites or the infrastructure when going after specific receivers would be easier to do and harder to detect.

Is my GPS car tracker secure?

Like all devices, GPS trackers are vulnerable to exploitation because they rely on software. A device is only as secure as the software it runs on. So it’s always important to select a GPS tracker Two more important questions might be; ‘why would someone hack my GPS tracker?’ and ‘how would I know if they did?’

To the first question, answers range from ‘to screw with you’ to ‘in order to take over your car and shut off the engine’. Both of these have been achieved. To the second question, you’d only really know if you were looking for it. That’s why it’s essential to choose a GPS car tracker that has the best software, which you can update regularly.