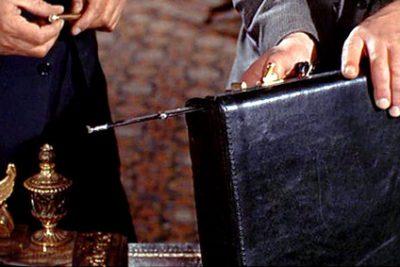 What’s the best way to conceal high-tech listening devices without raising any suspicion? The answer is simpler than you may think. It isn’t in a cut-out eye of a figure in a portrait picture, nor is it nestled in a nearby pot plant. The best way to hide anything is in plain sight. This is why spy cameras and high-tech listening devices disguised as perfectly ordinary household or office objects work so well. They look like normal, totally innocent objects that everyone expects to see in a room, so no one looks twice at them. To foil closer investigation, many of these clever spy gadgets even perform the function they’re supposed to. Here are just 8 of the latest high-tech listening bug disguises, and some may surprise you:

1. Credit Card. By far the most 007 of all spy listening devices, this professional-grade recorder is tiny enough to fit inside a perfectly normal-looking credit card. This makes it perfect for listening and recording in virtually any environment without anyone suspecting it. As if it couldn’t get any cooler, this sophisticated bit of spy kit also has an in-built real-time clock and calendar. All of these amazing functions make it a popular choice among law enforcement, private detectives and other surveillance professionals – it really is the crème de la crème of secret recording devices.

2. Phone iDock Charger. This is another perfectly natural item to have in your home or workplace, and it looks no different to a normal iDock Charger for Apple devices. The iDock Charger Camera is discreet, minimalist and doesn’t draw attention to itself, and it does actually charge your iPhone or iPod while it records. This is the perfect disguise for a device that requires main's power for long periods of recording, with a sensitive microphone and impressive video quality to boot.

3. Wall Plug Sockets and AC Adaptors. When was the last time you noticed a specific wall plug socket, except for when you actually wanted to plug something in? Most people visiting a room won’t pay the slightest bit of attention to them. Plug sockets are expected to be there, so they are never out of place. This makes them the ideal disguise for a listening bug, as no one would ever guess that a plug socket is doubling up as a recording device. This is exactly what wall sockets and AC adaptors do – record using mains power for unlimited standby time while also functioning perfectly as a plug socket. It’s the ideal disguise!

4. Air Fresheners. Room air fresheners tend to be so generic-looking that it’s easy to create one that effectively hides a listening bug. No one will ever be able to tell that this particular air freshener is also doing double duty as a voice recorder, as it produces a lovely air freshener smell and looks completely ordinary in every way. You can use these in lots of different environments provided there’s a flat surface available, but they’re best placed out of direct eye line. After all, it would look a bit obvious if an air freshener is placed on a desk or in the middle of a meeting table.

5. Calculator. It is completely normal to have a calculator on your desk at work, and most people wouldn’t look twice at one during a meeting. This means you can use a bug disguised as a calculator to get closer to the action, to record right next to where conversations are taking place. Need to actually do some sums? No problem at all with this calculator recording device which functions just as it’s supposed to. If you suspect that secret conversations are taking place in the stationery cupboard, what better than your bugged spy calculator to find out what’s going on! 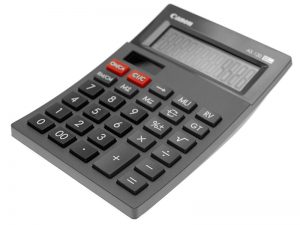 6. Smoke detectors. These objects are perhaps the dullest you’d find in most rooms, probably because they are functional and required by health and safety law. Every building has them. This is what makes them ideal for secret recording, especially if they function normally as smoke alarms or carbon monoxide detectors at the same time. They can capture a wide range from a fantastic quality microphone, and are voice-activated so you don’t have to worry about switching them on or hours of empty recordings.

7. Car key fob. The beauty of these super clever high-tech recording devices is that you can use them virtually anywhere. They're perfect for recording conversations while in a car, but you can also use them at home, in an office or even in a café. The car key fob has a highly sensitive microphone that can record even whispered conversations with near-perfect clarity. Nothing could be more natural than to put your keys down on a table or sideboard when entering a room, so you’re very unlikely to raise any suspicion. This device won’t actually open your car though, so you’ll need to be careful when you use it.

8. Pen. Fitting a recording device into something as slim and compact as a pen seems like it would be impossible outside of a spy film, but it has been done and with great success. Pen voice recorders are in many ways the perfect spy gadget, as the pen is so common in so many different environments that no one even notices them anymore. You can pop your pen spy recorder in a pen pot with other bits of stationery or leave it out on the desk next to a pad. For recording on the move, turn your pen recorder into a body-worn spy gadget, placing it in your pocket to gather evidence of conversations made outside of a room. The deluxe pen voice recorder has no visible switches or buttons to give the game away, and these recording pens are the same size and design as ordinary generic pens. Even better, high-tech listening devices such as this function as a real ballpoint pen.