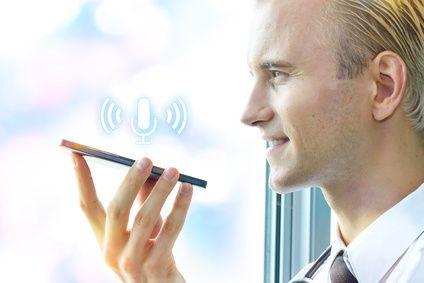 Spy gadget experts and fans will argue until they’re blue in the face about what is the best disguise for a voice recorder or hidden camera. Some champion the tiny, discreet recording devices hidden in rooms or buried in walls, while others believe it’s the body-worn gadgets that have the most natural-looking disguises.

So, what is truly the best camouflage for a voice recorder? If you want to avoid detection, you may need to pick something that is so ordinary-looking and commonplace that no one even looks twice at it.

However, the success of such a boring, innocuous-seeming disguise rests on the quality of the design and build. If the item housing the recorder isn’t quite right even in a small way or tiny detail, it could draw a person’s attention and raise suspicion. You’ll want to mimic the appearance of the real thing nearly exactly, even down to the functioning of the item if at all possible.

Here’s a quick look at some of the most successful disguised voice recorders available at the moment, to help you choose the most natural-looking one for your purposes.

Cigarette lighters come in all kinds of different shapes, sizes, finishes and designs, including one of the most basic. This is the plain, coloured plastic lighter that you’ll find anywhere in the world, usually quite cheaply. This design provides the perfect cover for a secret lighter voice recorder, as it’s opaque (to hide the workings inside) and plain enough that it’s super easy to copy it exactly.

But what happens if the person or people you’re recording ask you for a light? You can’t very well have a lighter in your hand or visible in your pocket and not be able to light a cigarette with it – especially if the target asks to borrow it. This could be very suspicious indeed.

Astoundingly, some of the latest voice recorders disguised as lighters do also function as cigarette lighters – but with one clever feature. They produce sparks when an attempt is made to use them to light a cigarette, but don’t actually produce a flame. This suggests to whoever tries to use it that it has simply run out of gas, never guessing that where the gas is normally stored is a secret voice recording device. Even better, the lighter-cum-recorder is voice-activated too, so you’re not fiddling about attracting attention by pressing buttons when you want to record. Now, how clever is that?

Who has ever looked twice at another person’s car key fob? In the case of this handy gadget, you actually can inspect it quite carefully and wouldn’t be able to separate it from the real thing – even down to the button that pops the metal key out of one end. Key fob recorders are extremely clever disguises for voice recorders, simply because so many of us have them. We see them all the time, making them the perfect kind of commonplace item that we simply stop noticing after a while.

When attached to a set of keys and placed seemingly casually on your desk, bookshelf or even in your pocket, you can record for as long as 7 days before the battery runs out. You can even catch conversations up to 30 feet away along with whispers close by. The latest car key fob recorders have advanced features such as voice-activated mode and a number of options to adjust the audio quality or lengthen battery life.

The only thing this kind of gadget won’t do is to open your car, but as long as you aren’t walking towards your car with your target this is a very easy problem to overcome. If this situation ever occurs, there’s a clever solution. Simply keep your real car key in your pocket and with your other hand, press the two fobs at the same time. No one will ever suspect!

No one would ever expect the humble pen to be a secret 007-style recording device, but there are actually lots of advanced and discreet models out there. Many are designed to be executive-style pens, so they look great and blend into most environments.

There are two things to remember when choosing and using executive pen voice recorders. The first is to choose carefully which one you go for. Avoid pen recorders that are obviously very chunky or heavy, or that visible clips, switches, buttons and displays. Opt for those that are well-designed so that they look just like an ordinary pen in terms of size and weight, with all of the recording technology hidden snugly inside.

You may wonder – if there are no switches or buttons, how do I activate the device and start recording? The answer in many cases is voice activation, but you can also set the pen to continuous recording mode before entering the room in which you want to record. Many pens have a twist function, found on ordinary pens too, which enables you to start recording with one simple action.

The second and most crucial thing to remember with pen recorders is that the key to success is how you use them. Not many, if any, voice recorder pens will actually let you write with them. There simply isn’t enough room inside the casing, without ruining the effectiveness of the disguise.

Holding a pen in your hand that you aren’t writing with, or that you hold towards the target, is a dead giveaway. With modern technology making voice recorders extremely sensitive, you simply don’t need to do this. You don’t even need to have the pen on your desk, which as an extra consideration could be risky in case someone asks to use your pen. Simply pop it in a pen pot with other pens on the other side of the room and it will record every word without anyone guessing a thing.