Get Rid Of Mice In Your Home Using Motion Detection Cameras 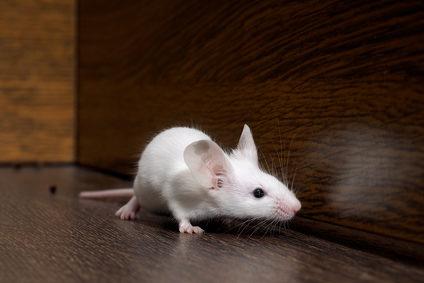 Spy cameras can help with many things, from home and office security to catching fly-tippers on your street. It can even be used to gather crucial evidence for a legal case. However, some tech-savvy people are starting to use motion activated cameras for more unusual purposes, making use of the advances in technology to sort out some of lifes most annoying domestic problems. One of these is finding and catching pests, which can cause havoc in your home as well as being a serious hygiene concern.

If you're tired of finding droppings in areas where you prepare food or seeing supplies of dried foods utterly decimated during the night, you may be able to use technology to remove pests from your home. If you've ever been troubled by an unwanted furry friend in your home, you'll know just how difficult it is to catch it. The main problem is identifying how a mouse or rat is getting in, especially if they only ever make their raids at night-time when you're tucked up in bed. They come and go as they please, leaving you feeling incredibly frustrated at being unable to catch them. If you're tired of finding unsavoury evidence of these after-dark visits, it's time to take action  and spy cameras can help.

If you want to get rid of your mouse problem, however, you choose to do it  humanely or using a more old-fashioned method  you'll need to start by locating the entry and exit points. A trail of droppings may show where the pest has been in the night, but how did it get in? Is there an obvious hole you need to block up? In an older house with all of its lumps, bumps, nooks and crannies, this could be virtually anywhere. The good news is that you can narrow down your search by using cameras. 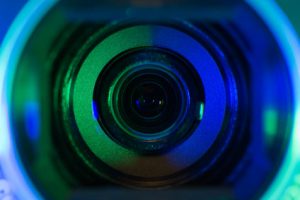 There are a few different kinds of cameras that can help you on your mission to rid your home of unwanted pests. Firstly, you can consider using a motion detection camera like the Mini Digital Thermo Clock. These clever devices only activate and begin filming when their very sensitive sensors detect movement in a particular field of vision. This means you dont need to leave them running for hours on end, nor do you need to spend just as much time reviewing footage. Nothing could be more tedious than fast-forwarding through hours of video of your kitchen or living room where absolutely nothing happens. Using motion detector cameras, all you'll have recorded are periods when some activity is taking place, and the chances are that you could spot one of those cheeky little invaders on the move.

The only problem with a standard motion detection camera is that it may not work in the total dark, which is when many rodents will dare to venture out. You can use them in rooms where a lamp has been left on, as you dont need the footage to be of incredible quality in order to track where in the space the animal first makes an appearance. This can put you on the right track to block up holes and stop pests from entering in the first place.

A more sophisticated type of camera you can use to detect night-time pests is a night vision camera. Many of these also work using motion detection sensors, but with the added bonus that they can see and film in the dark with much better clarity and quality than a standard camera used in the daytime. Using such a camera in a room that seems to have the most mouse activity, you may be able to track an entire evenings movement from the little critter.

Youll be able to see where the animal enters, exits and whereabouts it goes in the room  giving you vital info about what may need cleaning and what you perhaps shouldn't cook your breakfast on in the morning. You can trace its entire journey, see what could potentially be attracting it and hopefully, be able to catch it. You can place traps in exactly the right places so that you're no longer searching for a needle in a haystack. Let the camera do the work - it'll save you time, and stop you from going mad hunting for something that never emerges until you leave the room and go to bed!

Is it worth getting spy cameras just to catch mice?

The best spy cameras are not cheap, so you might think that it's not worth buying one for the sole purpose of catching one albeit a very persistent mouse. If you suspect your house has an infestation or a whole family of rodents, however, you may think twice about the expense. The very useful thing about most of the spy cameras suitable for domestic use is that they can also be used as security cameras, in fact, this is their main purpose (not many cameras have been made purely for catching rodents). This means you can get extra value from your new camera system, by using it to protect your home. 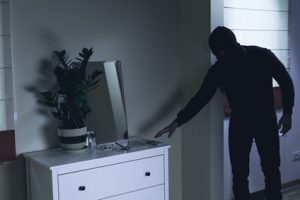 Both motion detection and night vision cameras can help to detect and deter burglars and intruders, either stopping them from entering in the first place or giving you the vital footage you need to trace the culprit. If you make the camera visible from the outside, it could make a would-be burglar think twice. You can also use spy cameras discreetly, hiding them in ordinary household objects in order to catch someone in the act and hopefully get a criminal off the streets.

The footage you gather can be given to the police, who may be able to track down the offender, recover your possessions and successfully prosecute. All of this, and you can sleep easy at night that your home really is pest-free.