Fancy Yourself As The Next Bond? Channel 4 Spies Proves Its Tougher Than You Think 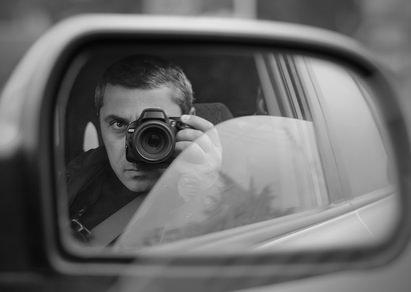 If you've ever caught sight of yourself in a tux or are particularly partial to a Martini, you may think that you're practically halfway to becoming the perfect James Bond. However, a new TV series, Channel 4's Spies is proving that espionage is far tougher, and nowhere near as glamorous, like Sean Connery, Roger Moore and Daniel Craig would have you believe. Spies on Channel 4 was shrouded in secrecy before its debut on Thursday 5th January, with programme-makers releasing no more info than the fact that 15 ordinary men and women would be put to the test as potential spies.

The experimental reality show follows the fates of 15 participants, none of whom have had any previous training or experience as a spy. The trainee intelligence officers are put through their paces by three former spies, Cameron, Julian and Deborah  known in the show as Control. 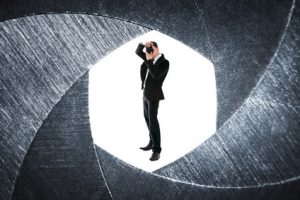 The lead instructor in Spies is Cameron Colquhoun, a former GCHQ senior analyst with experience running cyber and counter-terrorism operations in British Intelligence Agencies. He now runs his own cyber intelligence company, called Neon Century, which caters to corporate clients. Joining him is intelligence specialist Julian Fisher is believed to have worked for MI6 in his past life as a spy, as well as former MI5 officer Deborah  whose previous career remains something of a mystery when it comes to the details.

But what else would you expect from a spy than mystery and intrigue? The challenges The 15 wannabe spies in this compelling show are not certainly having an easy time with it. This unique TV experiment puts each budding spy into challenging situations to see how they will cope and the decisions they'll make. The scenarios featured so far in the series include: 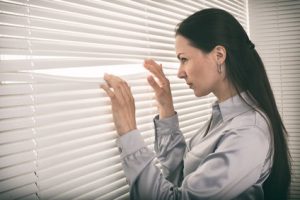 Contestants are eliminated from the show as the series progresses if they have failed a task or the pros just dont think they have what it takes for the challenges still to come. Who can you trust? Added into the mix in Spies, as if the trainees didn't have enough to worry about, is the issue of trust and betrayal. Rather than being united as a team of beginners, the participants in Spies are set against each other by control.

One of the trainees is asked to be a mole at the very start of the series, gathering intelligence about the other contestants and reporting back to Control. Later in the series, the trainees are asked to choose an ally to work with, someone they trust. But can they actually trust any of their fellow contestants? This is exactly the situation that real-life intelligence officers find themselves in, and its very difficult to know what you yourself would do in a similar situation.

So, do you have what it takes?

If you've ever thought about a career for MI5 or the Secret Intelligence Service, Spies demonstrates that it really does take a certain type of person and a very particular set of skills to succeed in the murky world of espionage. Its an extremely high pressure, high stakes job, one that can be very lonely and that requires nerves of steel. However, an interesting viewpoint from former CIA Director Barry Royden suggests that those who are chosen as spies by intelligence agencies are often simply in the right place at the right time.

In a 2015 interview with Business Insider, he explained: "What you're looking for is someone that has access to really difficult information to get. Information that you cant get otherwise. Its either leadership intentions, military capabilities, the spy service itself  what they're doing against us  we're looking for access first. Then we're looking for someone who would have a reason to be willing to cooperate with you. So, watch out for approaches from the Secret Service if you accidentally stumble upon some important information at work!

Hey! Where's all the tech?

Fans of spy cameras, listening devices and pens that shoot lasers will be disappointed to see that Spies doesn't actually feature much cool technology. The show focuses instead on the character, skills and ingenuity of the participants  are they made of the right stuff to make it in the world of espionage? The show demonstrates that succeeding as a lone intelligence agent, especially one undercover in potentially dangerous surroundings, is more to do with wits, calculated risk-taking and sound judgement rather than cool gadgets. However, theres no doubt that a camera is hidden in a tie or a pair of glasses, or perhaps a gadget to listen in to phone calls would greatly aid a budding spy to gather the intelligence or evidence they need.

The series is not over yet though, so perhaps there could still be a tech-focused episode in the pipeline. Good use of the technology would be a task involving a group sting, using motion-activated cameras and devices for listening through walls to complete the task. There could even be a second series focusing on cameras and surveillance technology, perhaps even Bond-style gadgets.  That would certainly make many gadget fans happy! In the meantime, theres always BBC Ones Spy in the Wild  which uses spy cameras hidden in fake animals to film the real natural behaviour of wildlife up close. It isn't James Bond by a long chalk, but it's a pretty clever use of technology. Needless to say, it's pretty adorable too.