Did You Do Facebook's Wordcloud Quiz Recently? Here's How Your Privacy May Have Been Breached 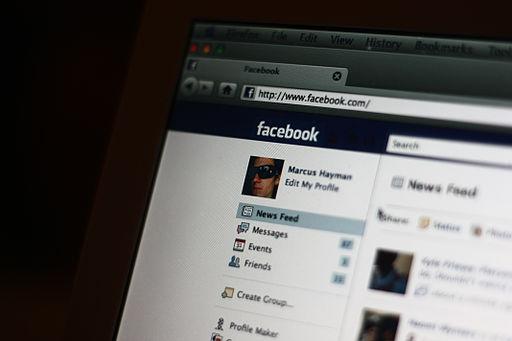 If someone asked you if they could listen in on conversations between you and friends, youd say no. If they asked if they could also aggregate the things you said to generate a list of your most used words, and then store that list in a database, youd think they were mad. But 16 million people (at the last count, as of November 26 2015) have done the digital equivalent in the last year by participating in a Facebook quiz. Every year, usually in November and December, quizzes encouraging you to share your most used words pop up. They claim to summarise your mood over the year, the results are often interesting, funny or just depressing. However, there are serious security concerns around the most recent iteration of this quiz, developed by a Korean company called Vonvon.

Research conducted by the Comparitech website suggests that these quizzes, as well as potentially sharing sensitive sentiment data with your network (do you really want potential employers or your better halfs dad knowing your most used word is a hangover?), could have far-reaching privacy implications. It claims that users are giving the third-party developer access to their name, profile picture, age, gender, birthday, entire friend list, access everything ever posted on their timeline, all photos and photos in which they are tagged, education history, hometown, current city, every like ever - and more worryingly - IP address, browser and device data.

Thats a heck of a lot of information to just hand over to strangers and its not the first time large amounts of Facebook users have done it. Remember those personality quizzes that were popular a few years back? The ones with titles like Which FRIENDS character are you most like? They were a privacy nightmare too.

As well as authorising Facebook and the third-party developer to access your personal data, you also had to give permission for the developer to access your friend's list and their associated likes. One quiz, entitled Which dog breed are you most like? earned its developer over 1.4 billion items of user data in just over three weeks. Vonvon, developers of the wordcloud quiz claim theres nothing sinister behind what they're doing; A spokesperson told The Inquirer "We access user's Facebook account with user's explicit consent, with which we generate personalised quiz results," the firm said. "There is no storing any private information, including user's email address, user's contact list, user's photo albums and such. We never store these in our databases. If the user chooses to share their quiz result, then it gets stored in Facebook's servers, not in ours."

However, after a look at their terms and conditions, it becomes apparent that they can (not saying will, but can) sell all of that data to third parties. Once sold, who knows what the data gets used for? Vonvon claim that the data is anonymous, which is potentially a fair point. Its standard for aggregated, anonymous data to be used for marketing reasons, but they dont *have* to do this. Facebook users have given permission already.

Other legitimate worries centre around data security. Terms and conditions are fine to a point until the people holding your data get hacked. Just like Talk Talk a few weeks back. Then what? Reams of your private data finds their way into the hands of less than scrupulous individuals with intentions far more sinister than marketing. If you're interested in protecting your privacy while using social media, read our guide here. If you want to share a wealth of personal data with as many people as possible, do the wordcloud quiz.