Counter Surveillance: Is Your Business Being Watched? Six Telltale Signs Someone's Taken An Unhealthy Interest And What You Can Do About It 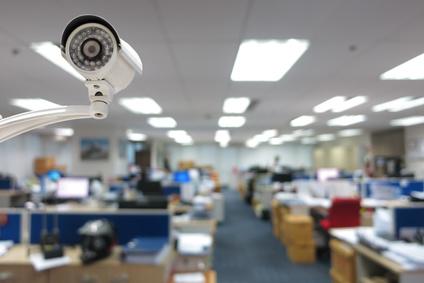 There are many reasons why someone may spy on your business. It could be for purposes of corporate espionage, to steal data and use it to gain an advantage for their own business. This doesn’t only happen in spy movies - it actually takes place more often than you might think. Alternatively, potential burglars could be keeping an eye on your premises to find the right time to strike.

If you’ve been noticing small, strange things happening during your working week, it’s time to take notice. It could be that you’re not paranoid and that someone has taken an unhealthy interest in your company. You never know, it could even be someone inside the business.

Here are just a few of the telltale signs to watch out for, and what you can do about it:

Your phone is acting weird

Have you noticed unusually high data usage and/or unusually short battery life on your phone recently? This could potentially be a sign that your smartphone has been bugged.

It’s really not difficult for a hacker to install an app on your phone that tracks your movements and reads your emails. You may have accidentally downloaded it yourself. Luckily, it’s just as easy to do an anti-malware sweep of your phone. This should get to the bottom of what’s happening.

Clicks, crackles, beeping or other background noise during landline phone calls may not be anything to worry about. But it could potentially mean someone is listening in. It’s always worth inspecting the phone for bugs and sweeping it with a bug detector just to make sure.

A suspicious vehicle hanging around outside

If you’ve seen the same vehicle a lot recently, and you don’t know who it belongs to, this could be a red flag. It could be burglars casing your premises, taking note of comings and goings.

It’s never recommended to approach such a vehicle directly, but a well-positioned CCTV surveillance camera could help you find out what’s going on. If you see something suspicious, you can report it to the police.

Trade secrets keep getting out

Ever held a confidential meeting or have a secret product launch coming up, but the news keeps getting out? If this happens a lot, you’ve definitely got a leak. It could be coming from inside the business, but it’s also possible that someone is spying on you.

An effective way to ease your mind is to sweep your office and conference rooms for bugs. An RF bug detector will pick up any surveillance cameras, listening or recording devices that aren’t supposed to be there. If it’s transmitting, the bug detector will find it.

Odd programs are running on your computer

Don’t recognise a program when checking your computer’s task manager? It could be worth looking into more closely. It’s possible that keylogging software has been installed to steal your password, or that a hacker is attempting to access your data.

You should run anti-malware checks on your computer system, in case someone is stealing data. Also, make sure you put robust new password management in place.

A new cleaning crew or tradesperson unexpectedly turns up

Be cautious if a stranger arrives claiming to be a new cleaner, or someone arrives to install a light fitting and it’s the first you’ve heard of it. This could be a ruse to install covert surveillance technology. For example, hiding a camera inside the shell of a smoke alarm. Always vet your personnel carefully, and take steps to control access to the most sensitive parts of your premises.