Council Uses Camera To Catch Fly-Tippers - Could It Work In Your Area? 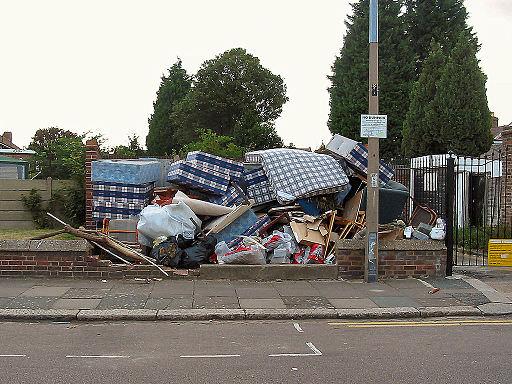 Fly-tipping, dumping and littering has become quite a serious and seriously frustrating problem in many areas, but could cameras be the solution? A council in Derbyshire has proven that external CCTV cameras really can help to secure convictions against fly-tippers and others who show complete disrespect for community areas. South Derbyshire District Council has a team of safer neighbourhood wardens, who carried out an operation earlier this year that involved the use of surveillance cameras.

The device captured a 38-year-old man who had been illegally disposing of dishwasher parts on a country lane in Caldwell. He was caught red-handed throwing the scrap metal into the bushes, seemingly staring right at the camera with a smile on his face. He wasn't smiling for very long, as the council used this video evidence to secure a conviction and a £1,200 fine for the fly-tipper. Speaking to the Derby Telegraph, the councils environmental health manager Matt Holford said of the outcome: This is our fourth successful conviction for waste offences in the last six months and sends out a strong message that we will not tolerate behaviour which threatens the District's reputation as a clean, green and safe place to be."

A campaigner in Derby, Dawn Gee, now wants to follow the councils example and purchase a spy camera to catch fly-tippers in her area. She told the Derby Telegraph that she would lend it out for free to others wanting to stop this anti-social behaviour in her area, explaining: "I think the camera could make a real difference. It would provide good evidence and spreading the photographs in the media will provide a good opportunity for people to tell the council who they are. "It would work like a police appeal does for information. The public's help would prove vital.

Using cameras to catch fly-tippers in your areas a guide

If you're tired of waiting for the council to take action on fly-tipping in your street, the solution could be to gather the evidence needed yourself. An external surveillance camera can be used in a fly-tipping hotspot to film evidence of people and businesses dumping waste, and it can also act as a visible deterrent. However, there are a few things to remember before you start filming: