Business Owners - Are Your Security Cameras Installed In The Wrong Places? 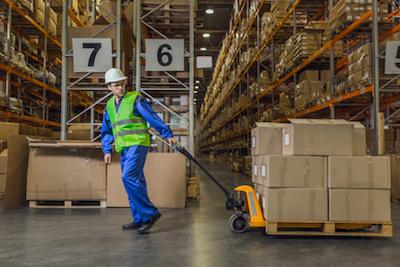 For both home and business owners, security cameras can offer great peace of mind. Knowing that there is an electronic eye safeguarding your business at all times, especially when you can’t be there, can help you sleep soundly at night.

If something happens, you have the evidence you need to hopefully catch the culprit and recover your property. If you have a motion detection CCTV camera with a real-time alerting feature, you know that you will be informed instantly if an intruder is on the premises or a break-in is taking place. Unless that happens, you know your business is safe.

However, your security cameras can only perform this extremely important role if they are installed correctly. Many business owners think that their premises and property are protected, only to find that their cameras were installed in the wrong places. Until something happens, they don’t think to check whether:

In some cases, security cameras are trained on completely the wrong parts of the building. You may have assumed that a burglar will try to enter through the back door – possibly because the front is very well lit or visible from the road – so you focus all camera activity in that spot. What this means is that if entry is forced elsewhere, such as the front of the building or from a side window, you won’t be informed by the motion detector sensors on your cameras, nor do you have evidence to provide to the police or your insurance company.

Where should CCTV surveillance cameras be positioned?

Obviously, every business premises is different. This is true of the layout and arrangement of buildings, doors and windows and also in terms of the risks and dangers facing each business. In order to assess the most effective places to install your surveillance cameras, it’s recommended to carry out a risk assessment.

This will involve thinking like a potential criminal, going over every inch of the premises to work out where an intruder would be most likely to strike. Look at access, locks and security measures, lighting and other areas to identify weaknesses that an intruder could potentially exploit.  You can seek advice from the police or a private security firm, or head online to find a checklist of security weak spots to look out for.

As a general rule, you should consider installing security cameras in the following hotspots:

It’s just good practice to have security cameras over each external door of your property. This allows you to keep a close eye on the comings and goings in your business, for access control and monitoring purposes. Importantly, it also allows you to flag up and identify any unauthorised personnel who are accessing a part of your building. It could be a case of employee theft, a seemingly innocent member of the public who has ‘wandered off’ or an outright case of breaking and entering.

Cameras positioned right over doors are also ideal for capturing footage of people’s faces, but for clear images and the best chance of identification, there are some important points to bear in mind. Firstly, check whether the light changes when the door opens or closes and if this has the effect of blackening images or making the camera switch to night vision mode. If this happens, you may need to adjust the position of the camera and do some testing.

Another handy tip is to install a monitor or the camera itself in a very prominent position by the door, ideally at head height. This makes a person approaching the door aware that they are being filmed, which could be an effective deterrent. It also improves the chances of facial recognition as the person will most likely look directly at the monitor or camera. Even an intruder attempts to destroy it, most modern CCTV cameras send footage directly to you via Wi-Fi.

These high traffic parts of your building are well worth keeping an eye on. Examples of when security cameras in reception could be useful include:

If your business premises are targeted by burglars, these are the most likely areas to be hit. This is where your valuable goods are stored, whether it’s computer equipment in your office supply rooms or your actual stock stored in a warehouse. Protecting these areas with cameras is a must, and opting for blanket coverage of all possible entrances and exits is highly recommended.

If you store private, confidential or sensitive documents in any part of your office, you should have a camera covering the entrance to that room. Stolen documents can be more damaging for a business than a loss of expensive stock, as it can lead to fraud, identity theft, damage to your reputation and a breach of a number of data protection regulations that protect your customers.

When installing cameras, make sure not to position them at too great a height. You ideally want to be capturing people’s faces, not the tops of their heads. You’ll also need to decide whether you want your cameras to be visible, to act as a deterrent, or whether you wish to film covertly – if the latter, make sure you don’t place cameras anywhere where staff or members of the public have a reasonable expectation of privacy.

Lastly, don’t forget lighting! It can aid filming and act as a serious deterrent to an intruder preferring to act under the cover of darkness.