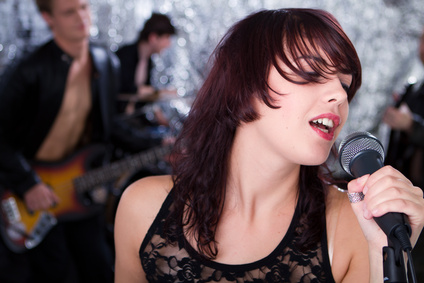 Doesn't seem like we've been used to storing our music electronically forever? The days of buying separate MP3 players are long gone already...there are so many ways to play and discover new music online and on the go.

The most famous entertainment center in the world is well-known to us all. But it doesn't come without problems. Many users report issues with synching their libraries between devices (usually a result of the almost constant updates being run) and there was also that controversial hoo hah about the U2 album being added by default. To get the most out of iTunes it is worth putting some real time and effort into organizing how your music is stored, by customizing playlists, which enable you to get the most out of the Shuffle function. Do note that sometimes iTunes defaults to some strange ordering. If you've got a large library of CDs of records originally released decades earlier in vinyl form, iTunes will often record them by the date the CD was registered - meaning your beloved 60s Motown classics, or 70s Prog Rock (whatever floats your boat) will pop up in a "90s music" playlist - and that can get very annoying. But quibbles aside, iTunes is the biggest and the best because once it is set up, it is a fantastic platform. And it is all too easy to top up your record collection through your Apple account... Best for: Picking songs to suit your mood.

Taylor Swift might be the latest artist to take action against the most popular, legal file-sharing site hosting her tunes, but it is still going strong. This is an excellent way to delve deeper into the back catalogues of artists who have piqued your curiosity as there is an impressive number of even very obscure artists on there. Admittedly some of the biggest artists in the world have blocked their music (the Beatles), but the Recommend function is pretty accurate and addictive. Being able to queue up favorites and bookmark tracks or albums to listen to later makes Spotify a delight to use - if you don't mind the ads on the free version (very annoying), or have paid for the premium service. Best for: Creating playlists Last.fm Still going strong even if it doesn't get as much publicity as it did when hipsters adopted it in huge numbers a few years ago, Last.fm is the middle ground between an MP3 player and a Social Network. There is a heavy bias towards user-generated libraries which makes it fantastic for getting reliable recommendations - find someone with similar tastes in music and you are well away. Best for: Getting reviews you can trust. Grooveshark Legal notice first: This is not 100% legal in all countries, so use at your own risk. Technically this is a baby version Spotify - a large library of online music collections which you can queue up to create playlists. Like Spotify, it is only supposed to have music which is either copyright free or published with the permission of the owners. But it isn't always so well-policed, hence the legal warning. It has a very, easy-to-use functionality. The ability to save playlists with a unique url is especially good. Best for: Having a play around, seeing what's new. And whatever music you're into, don't forget to back it up!