Are Bond Films Really The Best Spy Movies? A Rundown Of 8 Strong Contenders 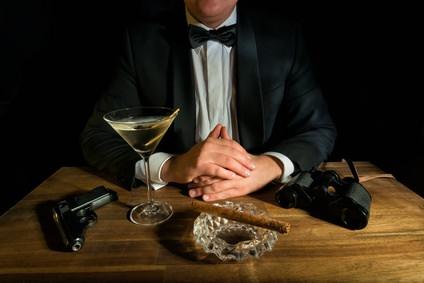 Fancy watching a spy film tonight? Do a quick search and the results will be dominated by one man  Mr James Bond. It may be one of the most famous and successful film franchises of all time, but are Bond films really the best spy movies? Bond fans may think differently, but weve come up with some other very strong contenders for the title. In no particular order, heres a rundown of 8 other fantastic spy movies that are well worth a watch

While not technically a spy, John Cusacks hitman in 1997s Grosse Pointe Blank is a great example of what it means to have a really intense job. After failing an assignment and finding himself depressed and dissatisfied with his work, professional assassin Martin Blank heads home. In a twist on the usual spy narrative, he goes to his high school reunion, where he meets love interest Debi Newberry played by Minnie Driver. He has a new job to do, but starts to have second thoughts about his choice of career, all while fending off the unwelcome attentions of unstable rival hit man played by Dan Ackroyd. It definitely isnt your typical spy film, but its great fun and does take a fascinating look at the morals and ethics of this kind of career. What it does have in spades is plenty of cool gizmos and spy gadgets, plus fight scenes, weapons and plenty of action.

If youve seen one Bourne, youll want to see them all. Critics argue over which is the best of the series  The Bourne Identity (2002), The Bourne Supremacy (2004), The Bourne Ultimatum (2007), The Bourne Legacy (2012) or 2016s follow-up Jason Bourne, and theres more to come. What they all have in common is an irresistibly compelling plot, a charismatic leading man (whether Matt Damon or Jeremy Renners Aaron Cross is your favourite), plenty of pulse-racing action and great pacing. Youll never be bored with Bourne! For newcomers to the Bourne world, Jason Bourne is a CIA assassin suffering with extreme memory loss after being fished out of the ocean close to death. His mission is to figure out who he is, and why so many bad guys are after him. 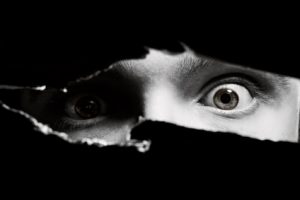 If youre looking for a family-friendly spy movie, this is it. Its perfect for kids, and you may find yourself grudgingly enjoying it too. Spy Kids (2001) is a spy adventure comedy written and director Robert Rodriguez, who you may just have heard of from much more grown-up films such as Once Upon a Time in Mexico, From Dusk till Dawn and Sin City: A Dame to Kill For. Two children must race to save their spy parents (Antonio Banderas and Carla Gugino) from the clutches of an evil mastermind  and theyve got loads of cool spy gadgets to help them do it!

Based on one of spy legend John Le Carrés best-selling novels, Tinker Tailor Soldier Spy (2011) is a must watch. Its intense, slow-paced and immersive, featuring an all-star cast including Gary Oldman as George Smiley, as well as Tom Hardy, John Hurt, Toby Jones, Benedict Cumberbatch and Colin Firth. Its the height of the Cold War and theres a mole in The Circus (MI6 headquarters)  George Smiley is tasked with unmasking the traitor. The plot unravels slowly but beautifully, masterminded by Swedish director Tomas Alfredson and of course aided by Le Carrés excellent work.

Now for something completely different. If youre a Schwarzenegger fan, youll love the action comedy crowd-pleaser that is True Lies. Predictably, Arnold Schwarzenegger plays a fearless, terrorist-battling secret agent in this 1994 film. His friends and family believe Harry Tasker to be a dull, ordinary man, but all this changes when he suspects his wife Helen (Jamie Lee Curtis) is contemplating an affair with Bill Paxtons used car salesman and secret spy Simon. Sit back and relax as Tasker tries to save the world, and save his marriage.

In the 1965 film The Ipcress File  the first of a series including 1966s Funeral in Berlin and 1967s The Billion Dollar Brain  Michael Caine plays a kind of anti-Bond, the roguish but smooth Harry Palmer. His is a darker portrayal of a spy, one who gets the job done but through morally questionable means. Based on Len Deighton spy novels, the Ipcress films are irresistible, mainly thanks to the suave portrayal by Michael Caine of Harry Palmer. The films are stylish and often described as the best-looking spy films ever made. 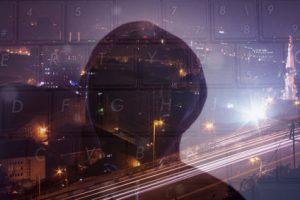 Often described as one of the very best Alfred Hitchcock films, The 39 Steps is an essential watch even if youre not a fan of spy movies. Adapted from the 1915 spy novel by John Buchan, the 1935 picture is an entertaining, riveting chase thriller in which ordinary guy Richard Hannay (played by Robert Donat) finds himself embroiled in an espionage ring and finds himself wrongly identified as a spy and a murderer. Cue much fleeing, chasing and mortal peril.

Now for one for the spy gadget fans. 1974s The Conversation, directed by Francis Ford Coppola and starring Gene Hackman, follows surveillance expert Harry Caul as he tails a young couple at the request of a mysterious client. Using a number of different listening devices, he records a cryptic conversation between them, which he soon becomes obsessed with. Is the couple in danger? Haunted by a previous case that went bad, Caul faces a moral dilemma which unfortunately, no amount of cool spy tech can get him out of. Of course, these are just a handful of the hundreds of fantastic spy films out there. Were bound to have missed some, so let us know your favourites!