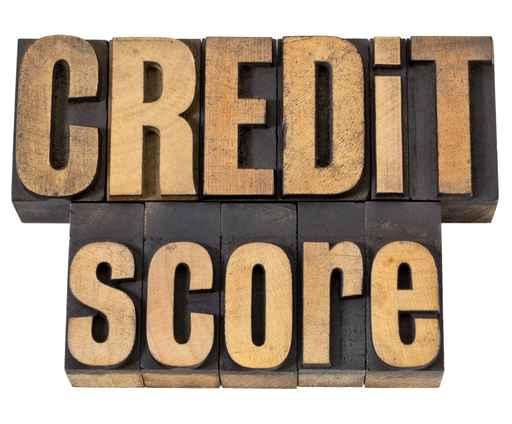 Credit agencies are the ultimate spies. They legally snoop on all of us, swapping the info with others and making us extremely paranoid into the bargain. They give power to unregulated industries, like private parking firms, who use the horror of a bad credit score to intimidate us into paying for things we dont have to. The credit score. Its like the grown-up version of the permanent school record. Completely terrifying, designed to stop us being naughty and entirely mythical. Like how your teachers used the threat of your permanent record to keep you behaviourally in line, the credit score is something of a fantasy to keep you in line financially. Yes, credit reference agencies keep information about your financial conduct, but please dont fall for the myth that theres a score next to your name that automatically bars you from buying a new bathroom on credit. There isnt.

Myth #1 You have a low credit score

The three major credit reference agencies, Experian, Equifax and Call Credit, keep a record of your financial history. They then sell this data to lenders so the lender can assess the risk you represent to them should they lend you some money. Since there is no single universal scoring metric, its impossible to have a low credit score. And since each lender has different criteria by which they judge creditworthiness, theres no way your score can be low. It can be below the threshold theyre using at a certain time, for a certain product, but that doesnt mean you will never get credit. However, there are some people who will simply always struggle to get credit. If youve been bankrupt or have a history of defaulting on debts, this will be recorded on one or more of the credit files kept about you. This is fed into a calculation which spits out an arbitrary and often misleading risk assessment. So while there is no standard scoring metric, there are certain things that will hinder your chances of gaining credit. Worry about fixing those, rather than your score.

Often the reverse is true. For a lender to judge how risky you are as a borrower, they like to see a history of repaid debts. But if youve never borrowed a penny (say, due to earning a good income, saving and living within your means), your ability to manage debt cant be assessed. Millionaires with zero debt have been known to be declined credit on this basis. So how do you go about proving youre a low financial risk? Well, the reference agencies would advise you to take out a small amount of debt and pay it back on time.

Myth #3 Your address is blacklisted

So, the people who lived at your house before you never paid their final gas bill and now you cant get a decent credit card. While this may be true, please learn the difference between correlation and causation. One doesnt equal the other. Credit reference agencies like to know where you live and where youve lived for anti-fraud reasons and if you arent on the electoral role, youll struggle to get credit. But that doesnt mean that credit files dont account for people moving house. Its impossible for an address to have a debt assigned to it without a name of the debtor.

Three-quarters of people surveyed by Which? Magazine in 2013 believe there is a credit blacklist. Not true, no matter how much of a mess you get in. The most severe issue that can appear on a credit file is fraud. After that, its bankruptcy and bankruptcy is typically removed from your credit record six years after discharge, according to Experian. So any lender looking at your credit history in the future wont be able to see that youve been bankrupt. However, if they ask you if youve ever been bankrupt and you fib, thats fraud. Dont do it.

If only. Even the credit reference agencies have advice on what to do if theres a mistake on your credit record. Thats actually quite a nice wheeze if you think about it. We hold this data on you and weve made a mistake, it could prevent you getting a mortgage. Pay us some money so you can check to see if weve made a mistake.  Joanne Smith, a beauty therapist from Southampton found this the hard way in 2014 when a mortgage in the name of another J Smith (there are a few) was added to her record, preventing her from getting credit. She told the Telegraph

No one at Nationwide seemed to know why the mistake happened or how to fix it, she said. I was repeatedly promised call backs that never came so I went into my local branch a few weeks ago to see if I could get some answers. I was told my complaint hadnt even been logged on the system, even though it had been over a month since my initial call.

Myth #6 Your credit score has changed

So you finally give in to your paranoia and decide to check your credit score. Oh look, you can get free access for a limited amount of time, provided you set up your payment details and then remember to cancel. If youre organised enough to remember to cancel your account with Experian, Equifax or Call Credit once youve had a look at the information they hold on you, you can expect a phone call. Itll be a sales call disguised as an update. Youll be told that your credit score has changed and that you should probably pay to see whats happened. But dont. Most people check their score before making a large financial decision, such as taking out a mortgage or buying a car on credit. So it stands to reason that most peoples credit score changes shortly thereafter. You check your score, get a mortgage and then that is added to your credit file. Theres absolutely no need to worry that your score has changed. It changes most weeks when new info is added.