5 Reasons To Get A Dashcam 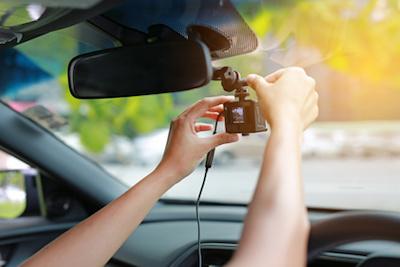 According to the AA, the number of people owning a dashcam has jumped from 1% to 15% in just four short years. Separate research from GDK reveals that sales of dashboard cameras have increased an enormous 918% in the last 12 months alone.

For those who haven’t yet heard of them, a dashboard camera or dash cam is a surveillance camera that is wired into the car. It starts filming when you start the engine and records continuously and most have built-in memory. You can choose from front-view cameras that film the road ahead, or front and rear cameras that also keeps an eye on what’s happening behind your vehicle. Another option is cabin view dashcams, which are commonly used by taxi drivers and car services to monitor what’s taking place inside the vehicle.

So why are dashcams becoming so popular? Let’s take a look at some of the most persuasive reasons why you might want to fit one in your car…

The insurance company Aviva reported in November that the number of ‘crash for cash’ cases had reached an all-time high. This is where organised criminal gangs deliberately cause a road traffic accident in order to fraudulently claim compensation for whiplash and other injuries. These incidents often involve a driver braking suddenly in situations where the driver behind simply cannot avoid colliding with their vehicle. In court, it is usually deemed likely that the driver who crashed into the back of another vehicle was at fault, and it can be very difficult to prove otherwise.

Aviva’s research shows that the number of ‘crash for cash’ cases was 21% higher in November 2017 than in the whole of 2013 and that 50% of cases involved organised criminal gangs. Commenting on these startling figures, Aviva’s Tom Gardiner told the Guardian:

“Crash for cash is not just a financial problem – it’s a serious social problem. No other form of insurance fraud puts the public at risk of serious injury,”

“Last year Aviva found these accidents increased by 51%, and they are continuing to grow. Part of the growth is coming as fraudsters are moving away from a small number of hot spot locations to a much wider footprint.”

Installing a dashcam in your car could put an end to a fraudster’s ambition to claim compensation for their negligent driving, which can also leave you out of pocket if you have to pay an excess, for a new car if yours is written off and higher insurance premiums. A dashcam provides you with the vital evidence you may need to prove to a court that you were not at fault and that you had been a victim of a ‘crash for cash’ scam.

2. Evidence in other road traffic accidents

Even if you weren’t a victim of a ‘crash for cash’ scam, you will still find dashcam footage extremely useful if you’re involved in any other road traffic accident. In these situations, emotions often run high and it can quickly turn into a war of words at the side of the road, with both parties accusing the other of making a mistake or an error in judgement. If you can prove exactly what happened using your dashcam footage, this can help to straighten everything out quickly and without all that stress and confusion. This can speed up insurance claims, as there are no or fewer disputes to sort out concerning exactly what happened.

While not a large number of insurers do offer discounts for drivers with dashcams in their vehicles, some do – and the discounts can be quite considerable. This is because insurers can use the footage to assess your competence and safety as a driver, which can help them to calculate the risk you represent from an insurance point of view. However, some insurers insist that you use a dashcam from a list of approved brands and you’ll also need to factor the cost of buying the camera into your decision.

Many dashcams are battery-powered or rechargeable, so you can use them even if your car is not in motion. One of the handiest uses for dashcams in stationary cars is to capture on film the culprits of parking accidents. There’s nothing more annoying than returning to your car to find that someone has dinged it or worse, and then just driven off so you have no clue to their identity. Crucially in these situations, you’re left footing the bill for the damage. 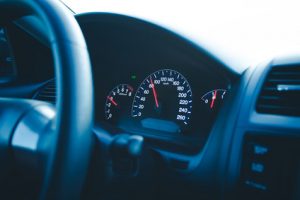 With a sneaky dashcam recording everything, you can capture the licence plate, make, model and colour of the car ready to report to your insurer or to the authorities. You may even capture the driver of the vehicle on your camera, especially if they get out to inspect the damage before hopping back in and driving off.

Many cyclists feel a lot safer out on the roads when a type of cycle-friendly dashcam is fitted to their bikes or helmets. Sadly, motorists do not always have the respect for cyclists that they should have, leading to dangerous behaviour, road rage, driving too close, near-misses and life-threatening collisions. A dashcam can protect the cyclist, firstly as a visible deterrent to drivers who think they can get away with abusing a cyclist on the roads. Secondly, a dashcam gathers vital evidence to help cyclists pursue justice in cases where otherwise, a negligent motorist would simply drive away. 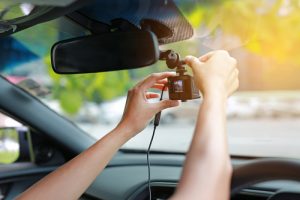 What to look for when shopping for a dashcam

There are a few different types and brands of dashboard surveillance cameras around, and it’s important to choose the right one. If not, you could end up with footage that is virtually useless. When shopping for dashcams, look out for:

You will also need to decide whether you want front, front and rear or cabin view dashcams, and how they will fit securely into your vehicle without obstructing your view of the road.