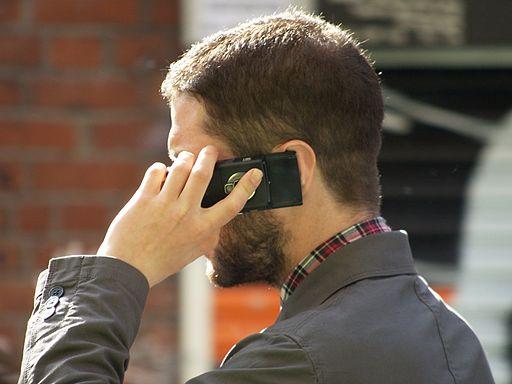 Some people pretend to care about their privacy. These are the people who will post on Facebook about copyrighting their images without detecting the irony of using an open social platform to do so. Other people genuinely care about their privacy to the point that theyre prepared to invest in protecting it. Theres nothing sinister or suspicious about wishing to protect your privacy. Some very noble things have been achieved only because of the privacy - and in some cases anonymity - afforded to those responsible. Oscar Wilde famously said man is least himself when he talks in his own person. Give him a mask and hell tell you the truth. Edward Snowden, Julian Assange, hundreds of whistleblowers, special witnesses, victims of crime, all people who have helped make the world a safer, fairer place due to having their privacy protected. If you care about your privacy, here are some smart investments to protect yourself, your loved ones and your business.

We are being listened to. The government have been hacking our phones for years, only now they can do it legally. We also risk having our sensitive and personal data accessed if we're not careful. Encrypted data storage enables you to protect sensitive or commercial data when sharing it. Encrypted phone To extend your telephonic privacy beyond the reaches of radio frequency devices, you may consider investing in an encrypted mobile phone. These come in all shapes and sizes but are rarely cheap. Business people, people working in intelligence and security and people who simply do not want to risk having their phones hacked use these in various ways. Some keep an encrypted phone for business and use a normal phone for everyday use. Others rely exclusively on high tech encryption technology to keep their calls and data private. A cheaper solution if youre keen to have a communication channel that is unlikely to be compromised; use cheap burner phones. Now these do look a bit suspicious due to portrayals in crime fiction, but since youre using them to protect your privacy, thats nobody elses business.

If you suspect your domestic privacy has been compromised by a listening device, a bug detector is the only way to know for sure. Again, these devices have a range of capabilities and the right choice for you depends on the capabilities of those you suspect of listening in. Our selection of bug detectors also includes a good deal of detail on what the devices are best used for. Have a look to learn more about how they work and which ones are best for which scenario.

Sometimes you need to enforce your legal rights in order to keep your privacy in tact. If you are being harassed, followed, spied upon or simply need to prove that a person or organisation are invading your privacy, hidden cameras are the only solution. Whether theyre body-worn (ideal if youre being approached in public or at work) or concealed (ideal if you suspect people are acting unethically in your home or place of business), video recordings are hard to beat in terms of solid, evidential data.

Sometimes your privacy can be breached without your person, home or business being touched. If theres someone in your organisation, family or circle of friends that is breaching your privacy, for example by sharing commercial secrets with competitors, you may never know about this until its too late. Car trackers are ideal for detecting suspicious patterns of activity among people with whom you work or socialise. Just be sure to stick within surveillance laws if conducting car tracking surveillance.   Image credit - Wiki commons