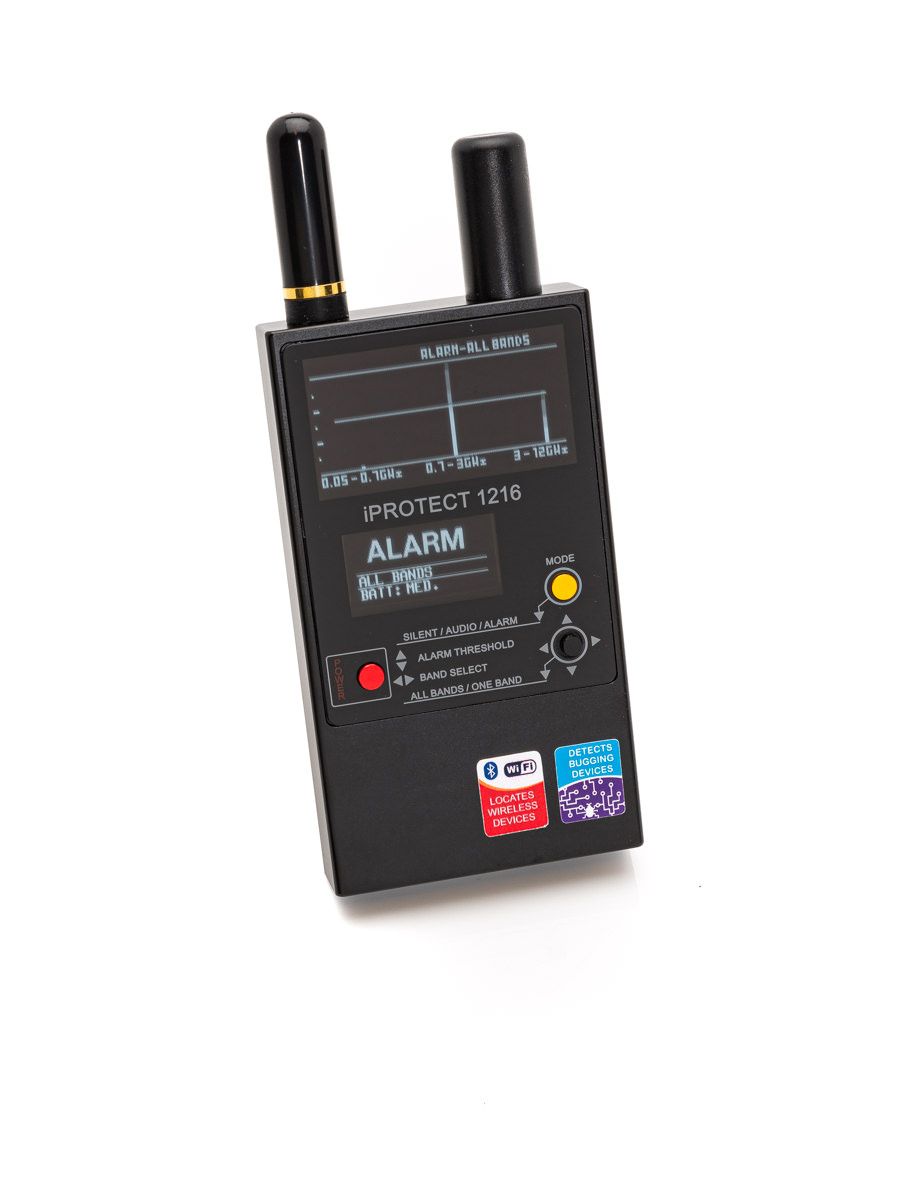 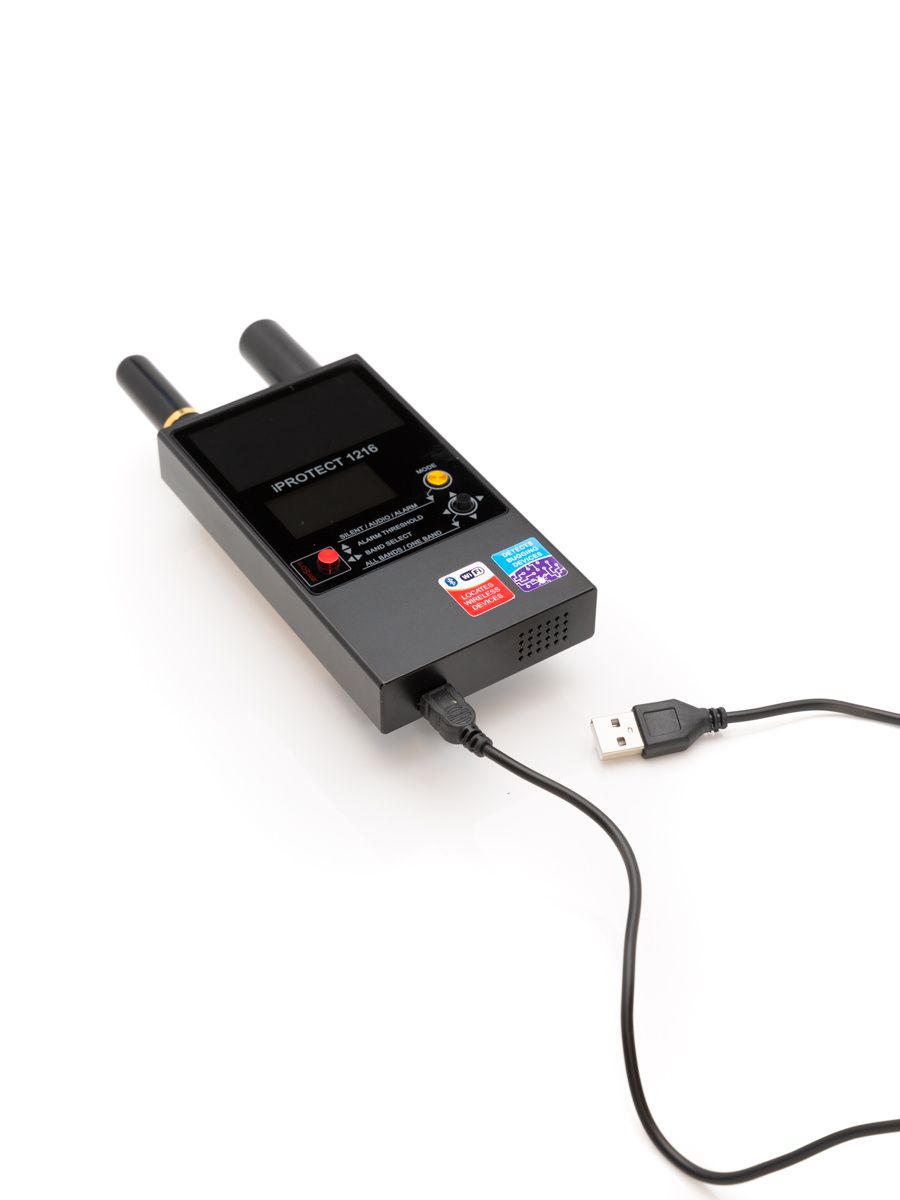 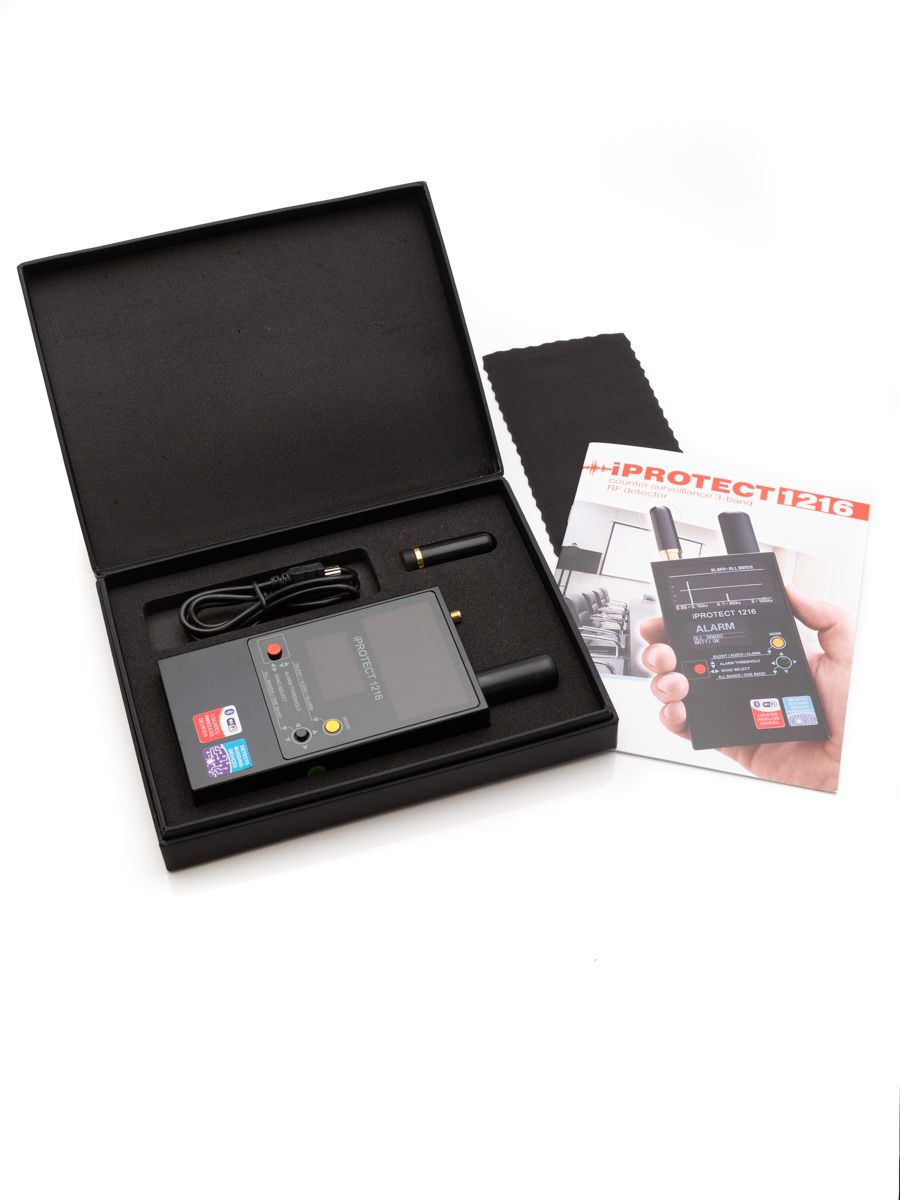 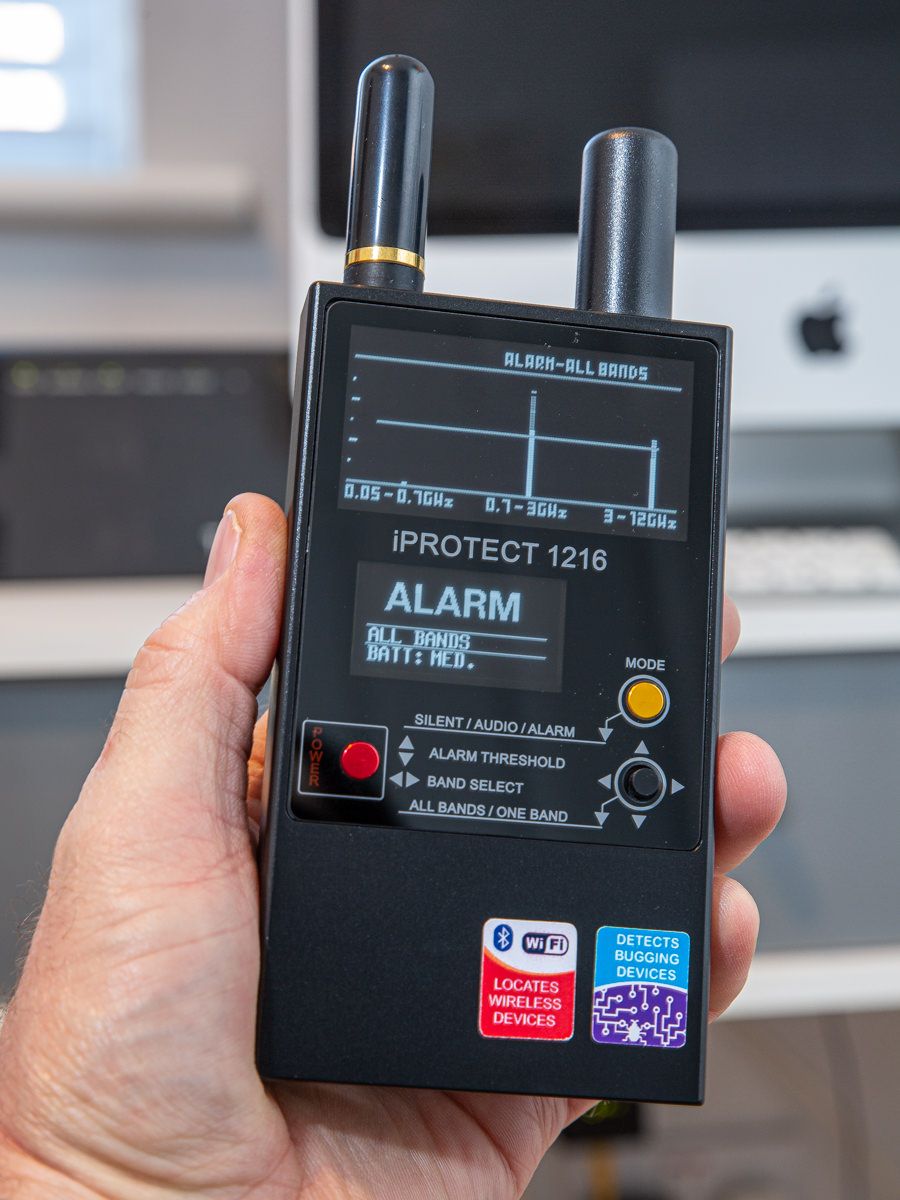 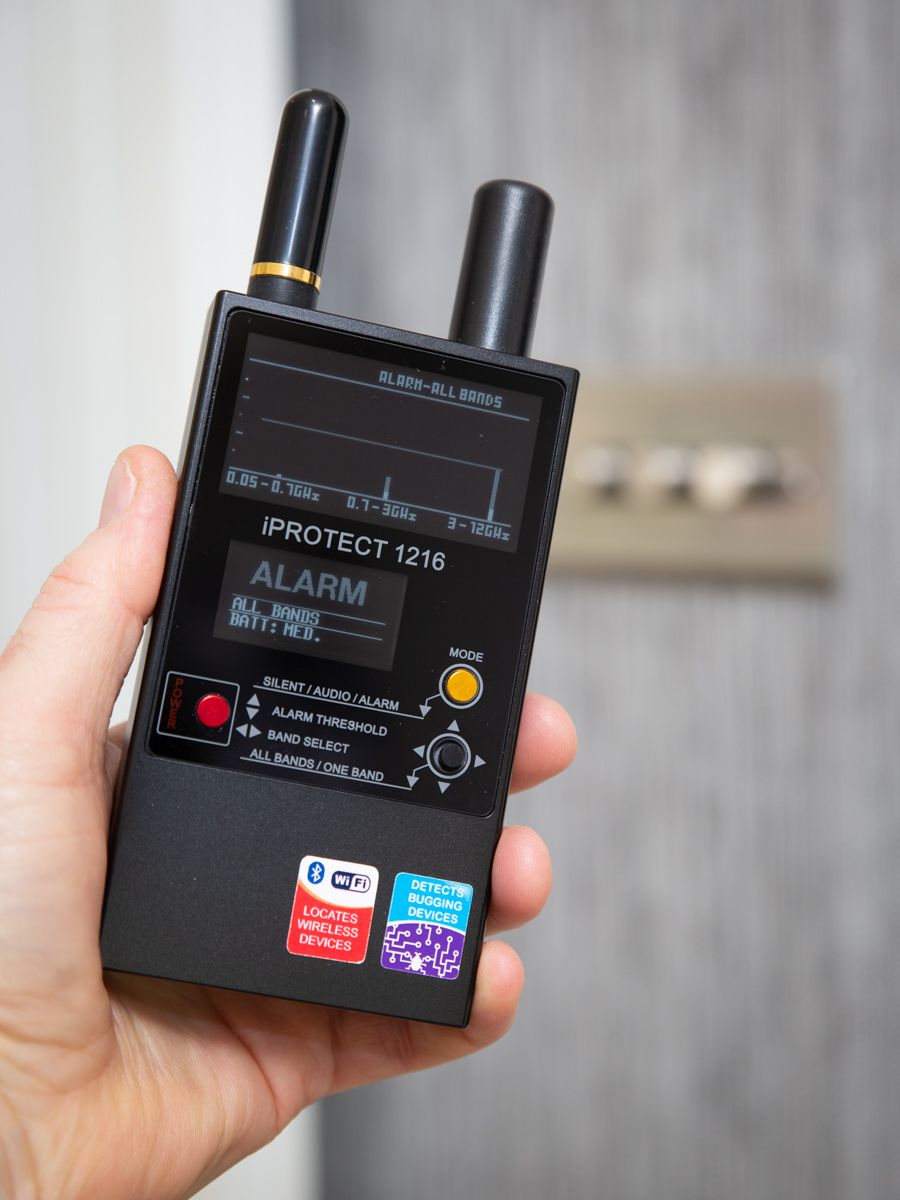 The frequency range of the 1216 model has been split into three (3) bands, each band is switchable by push button and displayed by a separate bargraph:

The separate indication allows the operator to understand better what type of signal is detected, to detect several signals at the same time and to sustain the ability of detection near the sources of interference.

The third 'microwave' band of the 1216 model covers the 3.0 - 12.0 GHz frequency range.  This band detects WiFi and other wireless protocols operating at 5.0 GHz and on any higher frequencies.  The microwave frequencies are supposed to be more covert since they are not detectable by common RF detectors.  The 1216 model finds these signals easily.

The Alarm feature helps the operator to reject background interference by adjusting the threshold.  When a signal exceeds the alarm threshold the device produces an alerting sound.  The Alarm is also extremely convenient when probing hard-to-access places or keeping the device in the 'guarding' state.  The alarm threshold has 48 tuning steps.

In the ONE BAND display mode the 1216 model shows the histogram for the selected band in addition to the bargraph.  The histogram draws the history of the signal obtained over the last five (5) seconds and is very informative when observing intermittent / periodical signals or when probing the area quickly.

The 1216 model has a significantly higher sensitivity to the 3G, WiFi and Bluetooth transmissions compared to conventional RF detectors.  This advantage was achieved with the help of the additional radio frequency paths in the circuit dedicated to the specific frequency spans.

In addition to drawing a bargraph the 1216 model can identify some types of signals and show a corresponding message on the display: cordless DECT device in an 'idle' state, active DECT device, GSM, 3G, WiFi / Bluetooth.

The 5G spectrum operates on two types of bands:

6.0 GHz frequencies will penetrate through obstacles including walls and windows; therefore, the mobile terminals will utilse these freqencies in an urban environment in 90% of cases.

mmWave frequencies provide high-speed data, but work in line of sight of base stations only, and usually in an open spaces like stadiums or for exchange between the big base stations (BS) and small and local stations. Then the local BS re-send the signals on the sub 6.0 GHz.

Sub 6.0 GHz frequencies are detected by the 1216.  As for mmWave, this is a harder task but unlikely to be used for bugging purposes within premises.

DETECTION OF ALL TYPES OF BUGGING DEVICES

The 1216 model is a professional device for accurate sweeps within the home / office / personal / business.  Easy to use and incredibly accurate the 1216 model covers the vast range of surveillance devices used in the modern market today.

The 1216 Bug Detector can be used to clean a room prior to sensitive meetings or monitor for unauthorised bugging equipment within the grounds of corporate offices for example and is a solid investment to help protect your premises against unlawful interception of your personal and business well being.